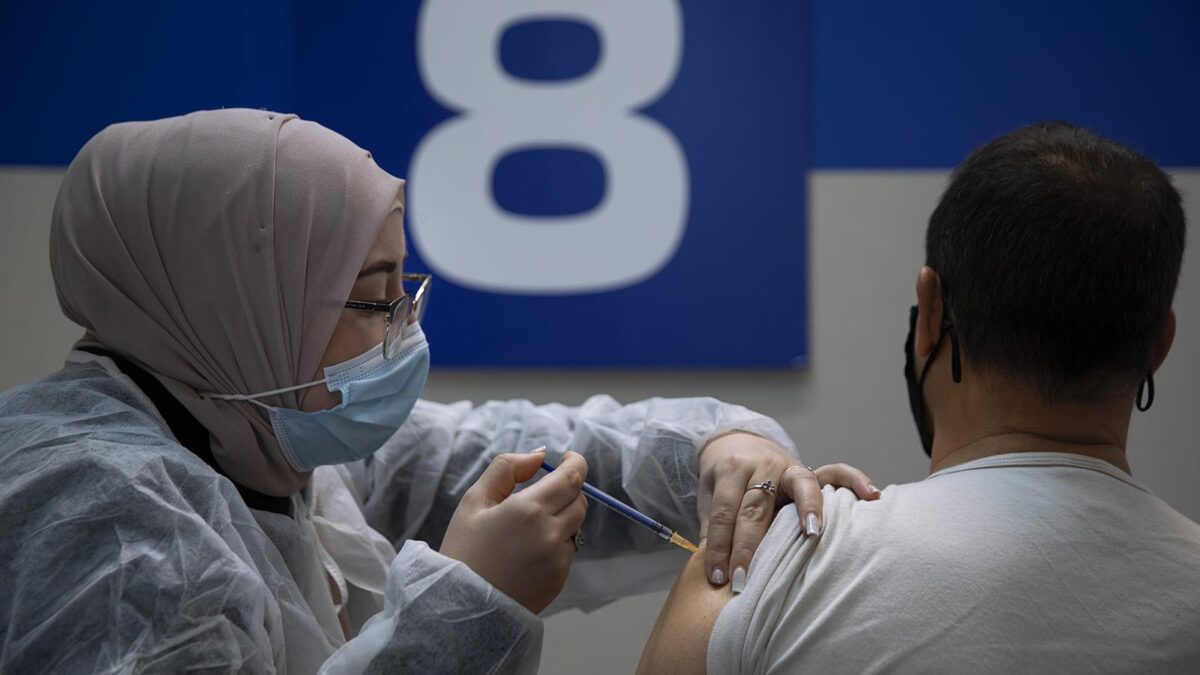 An Israeli man receives his second Pfizer-BioNTech COVID-19 vaccine from a medical professional at a vaccination center set up on a mall parking lot in Givataim, Israel, during a nationwide lockdown to curb the spread of the virus, Wednesday, Jan. 20, 2021. (AP Photo/Oded Balilty)

About 0.01% of a large group of people who received two doses of Pfizer’s Covid-19 vaccine tested positive for coronavirus after their second shot — and those patients had only a mild illness, according to preliminary data from an Israeli health care system.

Maccabi Healthcare Services found that out of approximately 128,600 people who received two doses of the vaccine, 20 became infected and tested positive more than a week after their second dose.

Maccabi did not test all patients after receiving their second dose. Instead, they tested an unspecified number of people who developed symptoms or who were exposed to someone with Covid-19.

The clinical trials for Pfizer/BioNTech’s vaccine showed it to be about 95% effective.

The press release stated that the data is “preliminary” but that “the numbers are very encouraging.”

Of the 20 patients who tested positive, 50% suffer from chronic illnesses. All of the 20 patients experienced a mild illness with symptoms including headaches, cough, weakness or fatigue. No one was hospitalized.