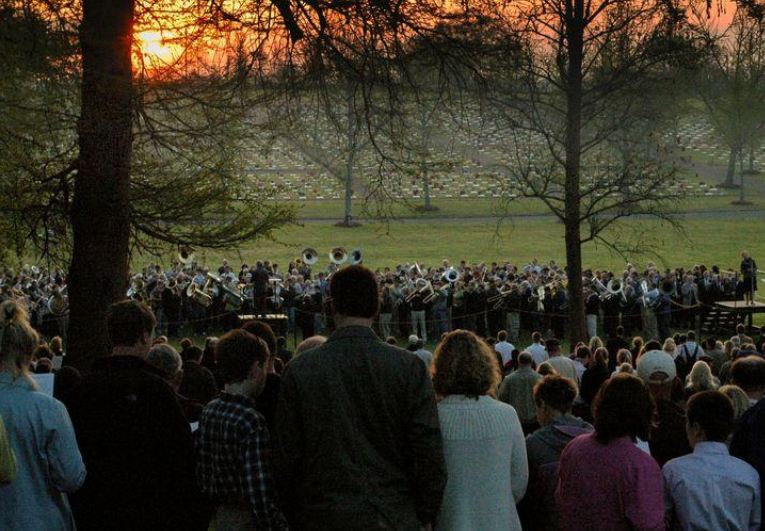 The groups of trumpeters and tuba players that proceeded through the streets during the Revolutionary War, Civil War and World Wars One and Two have been silenced this year because of the novel coronavirus.

“We are grief-stricken,” said the Rev. Ginny Tobiassen, the 60-year-old pastor of the Home Moravian church, which is part of a Protestant denomination dating back to the 15th century. “This is a very, very hard thing to bear for every Moravian. But we accept the way this has to be.”

The church – like many houses of worship across the United States – is following health officials’ urging to cancel all social gatherings of 10 or more people. A pastor and a small handful of musicians will gather in the church for a service that will be broadcast on local television and the internet.

They will go on without the spectacle of up to 300 musicians playing in a call-and-response style through the town, a tradition dating back to 1772 that in recent years has drawn thousands of believers and spectators before the 6 a.m. service.

The church, which was founded in 1753 – before the founding of the United States – has closed its doors to members only once in its history, Tobiassen said. That was in 1918, during the

Spanish flu pandemic that killed an estimated 50 million people worldwide and about 675,000 Americans, according to the U.S. Centers for Disease Control and Prevention.

“And that was in the fall,” Tobiassen said. “Our Easter service was held as normal.”

The church has a long history of missionary work around the globe and stones at the church’s cemeteries are flat against the ground to show their universal humility and equality before God.

About 6,000 people including many non-members typically join in the Easter Service, considered the holiest day on the Christian calendar. This year’s service, although broadcast, will be the same as every year, Tobiassen said.

There is no sermon and a pastor leads the crowd in a liturgical, communal prayer read aloud by the faithful in call- and-response style.

The pastor leading the service this year is the Rev. Chaz Snider, chairman of the Southern Moravian Council of Elders, who will lead the small group inside Home Moravian, all sitting at a safe distance apart.