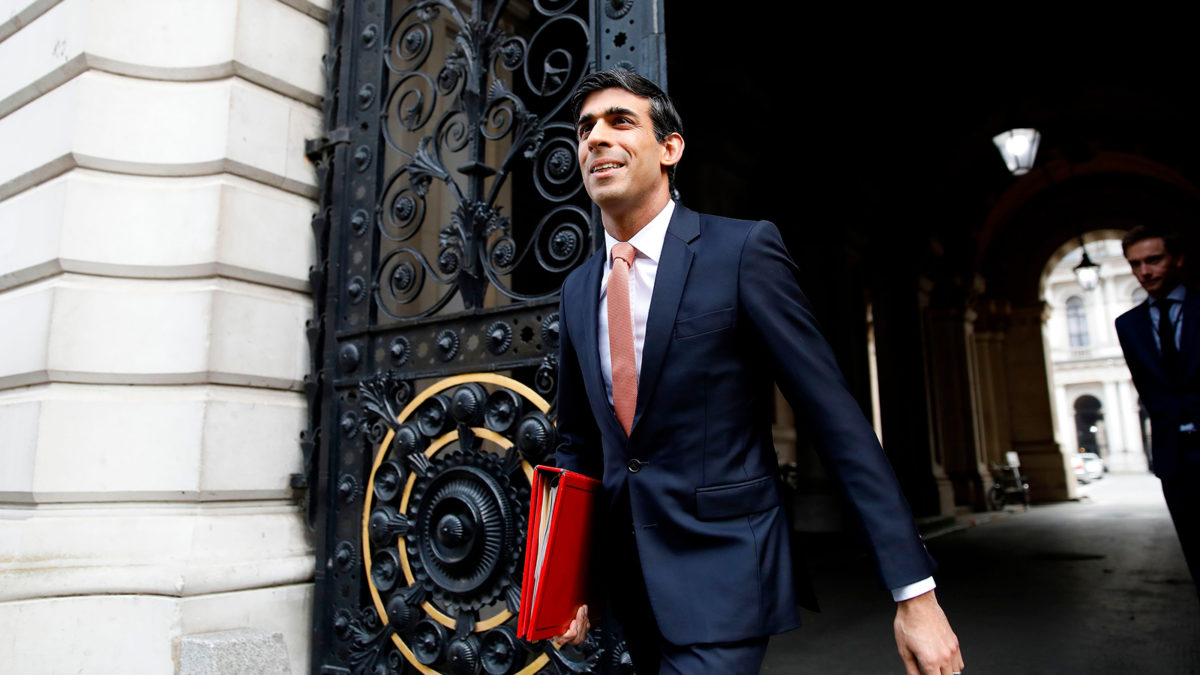 Britain's Chancellor of the Exchequer Rishi Sunak walks to 10 Downing Street in central London on April 8, 2020, ahead of the Government's daily COVID-19 news briefing. - Britain's prime minister began a third day in intensive care battling the new coronavirus, which has struck at the heart of the British government, infected more than 55,000 people across the country and killed nearly 6,200. (Photo by Tolga AKMEN / AFP) (Photo by TOLGA AKMEN/AFP via Getty Images)
Coronavirus, Europe, News, UK

Four million jobs have been furloughed in the UK and a quarter of businesses have stopped trading, UK Chancellor Rishi Sunak told the UK Parliament today.

He said that “we should be in no doubt” about the seriousness of the economic situation.

“We can’t save every job and every business” Sunak said, adding that “these are already tough times, and there will be more to come.”

Sunak told members of Parliament he understood and shared people’s anxiety, but that the most important thing the government can do to protect the economy is to “protect the health of our people.”

He said that the government’s financial assistance package should act as a bridge, supporting viable businesses to stay afloat and protecting the jobs of people who would have otherwise been laid off during what he called a “sharp and significant” crisis.

Sunak said 16 billion GBP — about $19.8 billion USD — has been paid out so far to the National Health Service and other public services, and around half a million employers applied for the job retention scheme, which guarantees to pay 80% of workers’ wages up to the 2,500 GBP (about 3,100 USD) if they are put on leave.

"The pandemic is far from over," World Health Organization says

Donald Trump’s Speech Offers a Blueprint For His Campaign