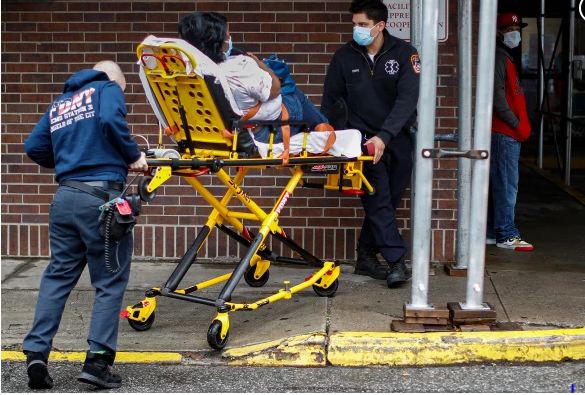 Nearly 100 more Big Apple residents died from the coronavirus since Sunday morning, raising the city’s death toll to 776, according to city data.

Queens, in that time-frame, remained the hardest-hit borough with 10,737 cases.

Mayor de Blasio earlier Sunday warned the city will be in the throes of the virus for quite some time to come.

“We will go through a really tough, tough journey,” the mayor said at a press briefing.

“April will be worse than March, and I fear that May could even be worse than April,” he said. “We’re going to be in for weeks of this.”

Gov. Cuomo on Sunday extended mandatory business closures until at least April 15 to cope with the pandemic.

Singer Pink reveals she had coronavirus, donates $1 million to hospitals

Trump claims far left ‘brainwashed’ Biden in ‘Hannity’ exclusive: ‘He doesn’t know what he is doing’