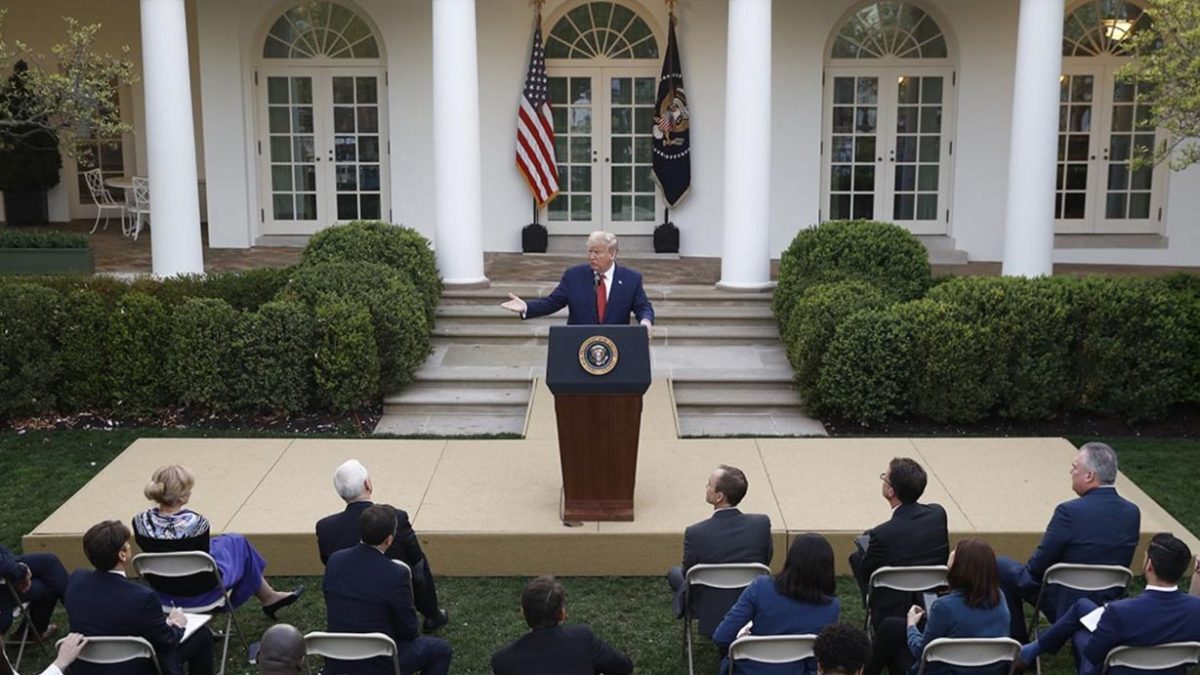 The Trump White House is doubling down on a strategy to govern the coronavirus pandemic: pushing authority and responsibility for the response onto the states.

As the virus spreads across the U.S. and new hot spots emerge in states such as Illinois, Louisiana, Michigan and Texas, senior administration aides have privately argued the coronavirus response is a test of local politicians’ leadership and resourcefulness — with the White House acting as a backstop for the front-line state-by-state efforts.

The strategy is built on the idea that state leaders have the greatest familiarity with residents, hospitals and public health departments, as President Donald Trump and his allies argue. But it has a political subtext: The approach could give the White House an opportunity to extract Trump from future criticism as the virus spreads throughout the nation and threatens to kill hundreds of thousands of Americans. It also could backfire among Americans who prefer to see a firm national response to a disease that does not respect state borders.

“That is a Darwinian approach to federalism; that is states’ rights taken to a deadly extreme,” said Martin O’Malley, the former Maryland governor who served for eight years on the Homeland Security Task Force of the National Governors Association. “The better read of federalism is that the states and federal government work together when the U.S. is attacked, whether it is by imperial Japan or a pandemic.”

“For all of the good work I see governors doing, only the president has the intelligence and resources to tip the shores, the power to invoke the Defense Production Act and control over whether there are adequate stockpiles for the threats of our day and the FEMA reserves,” O’Malley added.

The coronavirus crisis, in just a few weeks, has injected unpredictability into an election year that Trump and his team are still in the early stages of processing. The president’s advisers are — as would be expected in any administration — keeping an eye on how policy will be seen through a campaign lens as they try to best position the president to secure another term seven months from now.