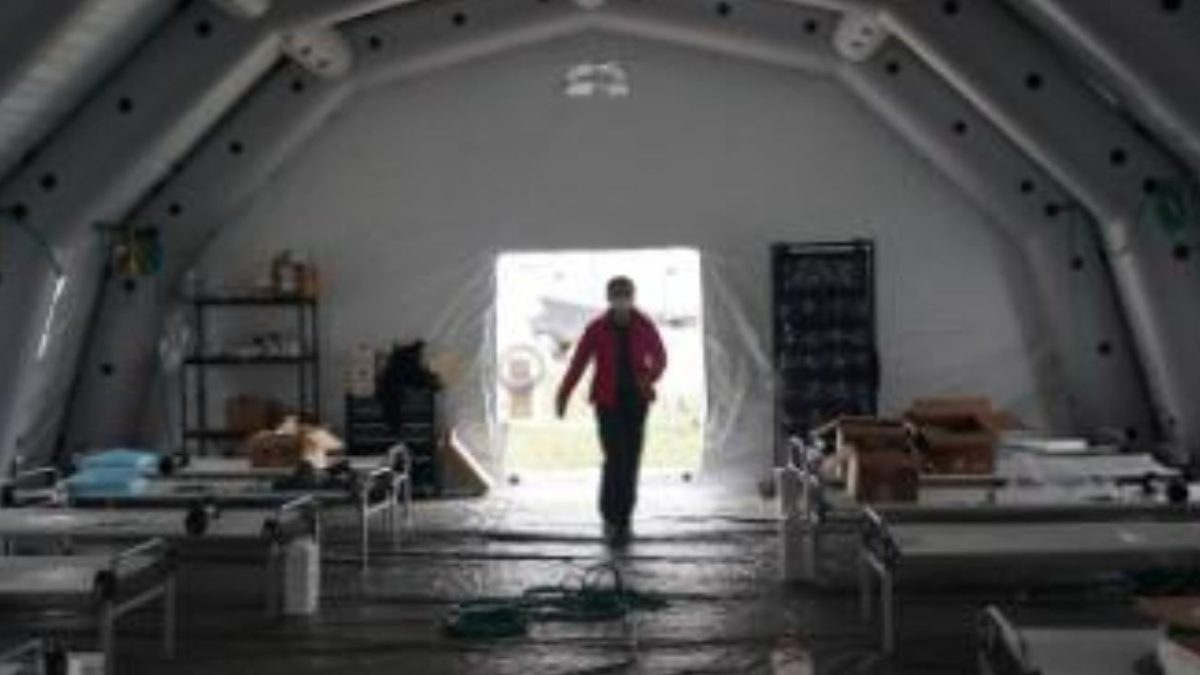 But standing in the Rose Garden, Birx also mentioned another model, created independently, that “ended up at the same numbers.” That analysis, which is publicly available, paints a grim picture of what’s to come in the US, even with social distancing in place.
As of Monday morning, it estimates that more than 2,000 people could die each day in the United States in mid-April, when the virus is predicted to hit the country hardest. The model, which is updated regularly, predicts that 224,000 hospital beds — 61,000 more than we’ll have — will be needed on April 15, when the US is estimated to reach “peak resource use.”
Are US efforts to flatten the curve working?

And assuming social distancing will continue through May, it finds that, by August, around 82,000 people in the US could die from Covid-19.
Birx, pointing to the model on Sunday, said “you can see the concern that we had with the growing number of potential fatalities.”
The analysis relies on data from Italy, China and the United States, using past experiences to predict the future.
Like many models, the projections are imperfect, but the researchers behind the project still came to an unsettling conclusion: “Even with social distancing measures enacted and sustained, the peak demand for hospital services due to the COVID-19 pandemic is likely going to exceed capacity substantially.”
‘An alarming number’
Designed by the University of Washington’s Institute for Health Metrics and Evaluation, the model relies on information from state and national governments, hospital groups and the World Health Organization.
Birx, the White House health official, also mentioned the model to Chuck Todd on “Meet the Press” this weekend. “No state, no metro area will be spared,” she said during the interview.
State and local officials should quickly react to the coronavirus threat and enact social distancing measures, she said, so that “we’ll be able to move forward together and protect the most Americans.”

The model, for example, assumes that officials will limit social contact through May: closing schools, enacting stay-at-home measures, and limiting travel and non-essential business. For states that don’t implement at least three of the four measures, the model’s estimates for hospital usage and deaths will go up.
“Our estimate of 81 thousand deaths in the US over the next 4 months is an alarming number,” the researchers wrote, “but this number could be substantially higher if excess demand for health system resources is not addressed and if social distancing policies are not vigorously implemented and enforced across all states.”
The nation’s top infectious disease specialist, Dr. Anthony Fauci, told CNN’s Jake Tapper on Sunday that substantially more people could die: “Looking at what we’re seeing now, I would say that 100,000 and 200,000” deaths could occur.
“But I don’t want to be held to that,” said Fauci, the director of the National Institute of Allergy and Infectious Diseases. He cautioned that modeling is imperfect, and said, “I just don’t think that we really need to make a projection when it’s such a moving target that you can so easily be wrong and mislead people.”