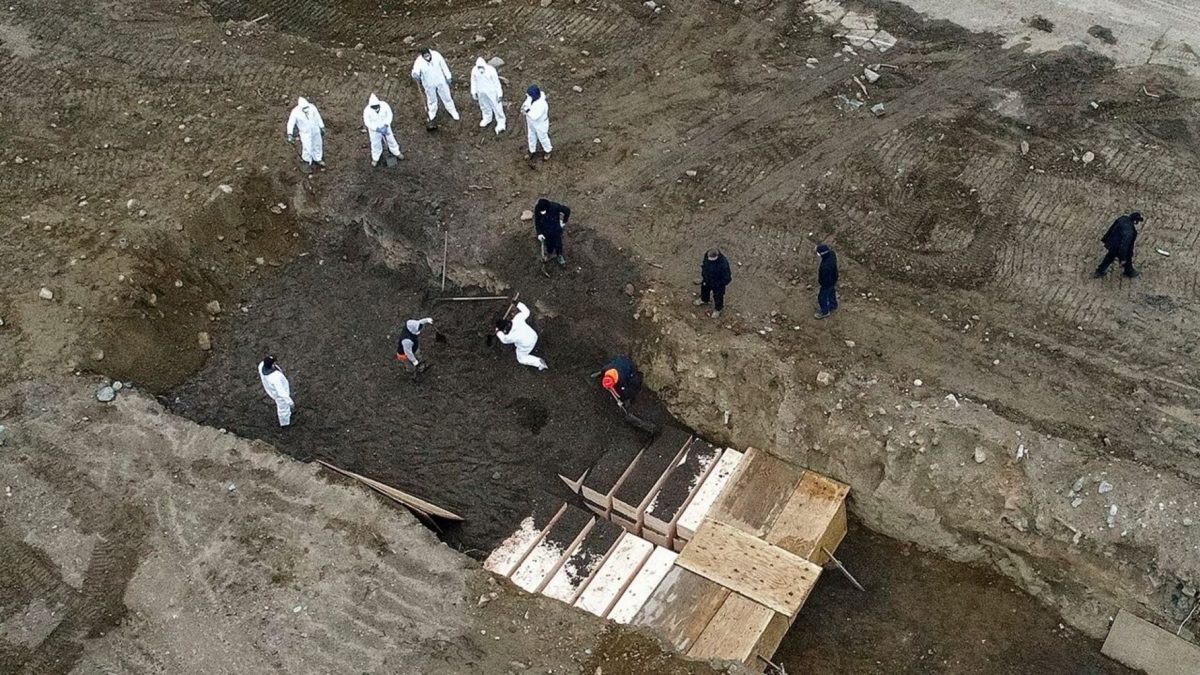 New York City officials trying to process a rising coronavirus death toll have been forced to ramp up burial operations at its public cemetery from one day a week to five.

Aerial images captured on Thursday showed 40 caskets lined up for burial at Hart Island — the same day New York Gov. Andrew Cuomo reported 799 new deaths across the state. Normally, about 25 bodies a week are interred there, mostly for people whose families can’t afford a funeral, or who go unclaimed by relatives. 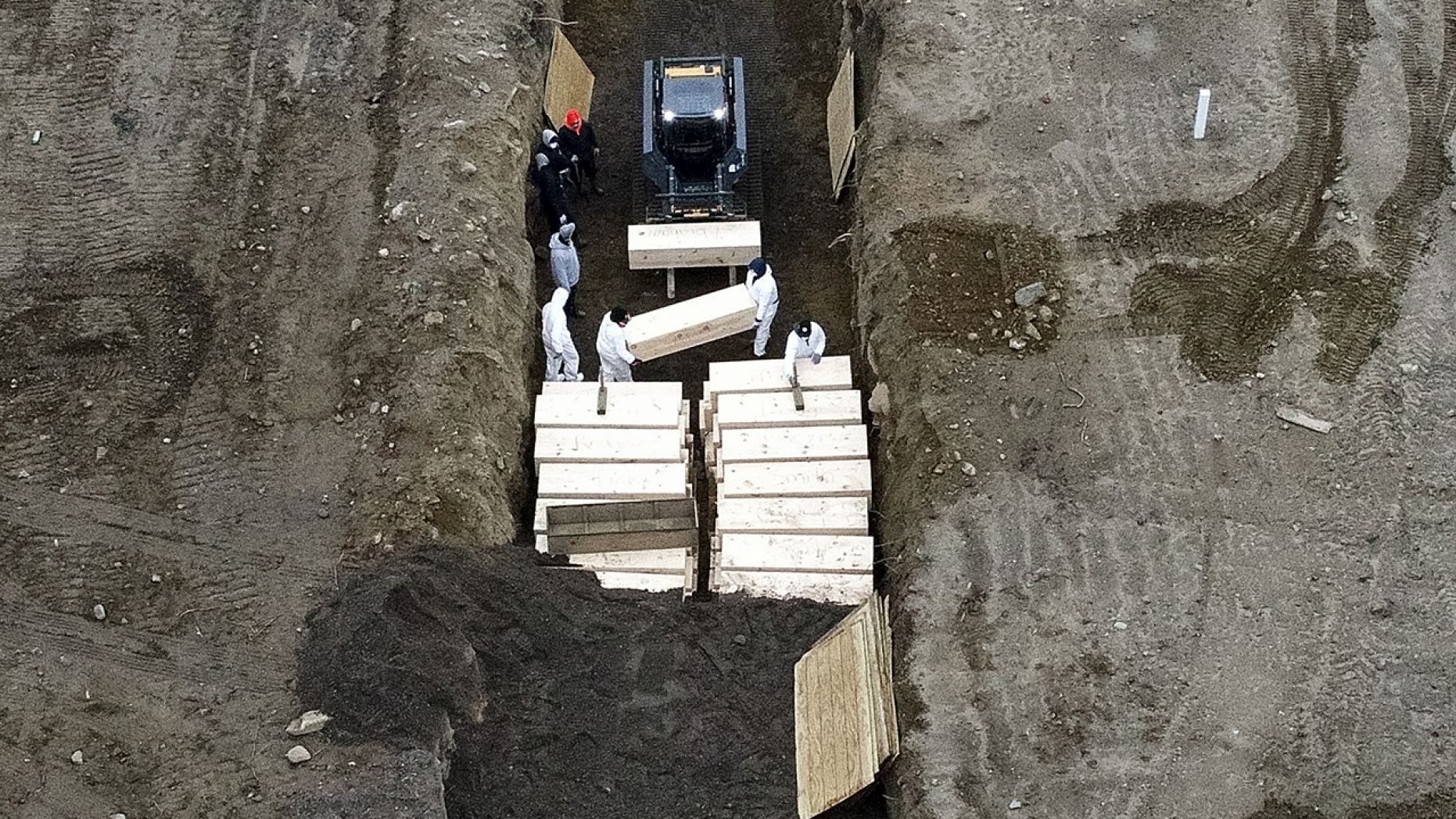 The city’s medical examiner’s office also announced Thursday that it will keep bodies in storage for 14 days before they are sent to Hart Island.

It is not immediately clear how many of the bodies being buried at Hart Island are coronavirus victims — but the images show two fresh trenches that have been dug and contractors wearing protective suits. Other images show caskets piled on top of each other.

The Democratic mayor told TV station NY1 that under such a contingency plan, bodies of COVID-19 victims would be buried individually — not in mass graves — so families could later reclaim them. 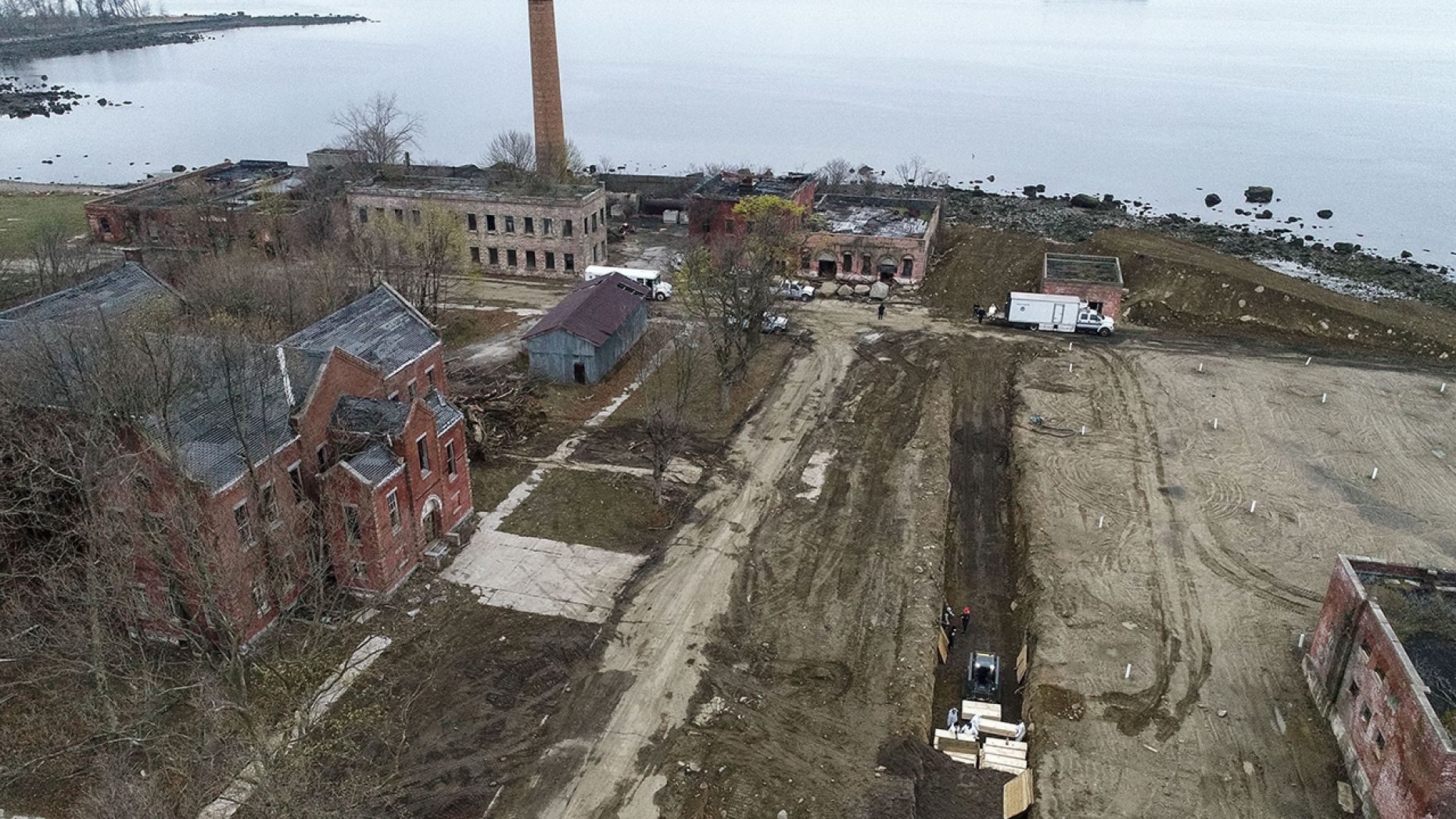 But a spokeswoman for the medical examiner’s office told the AP on Thursday that it “does not currently anticipate reaching morgue capacity.”

“However, as the mayor has said, the city may explore the option of temporary burials in Hart Island if necessary,” said the spokeswoman, Aja Worthy-Davis. 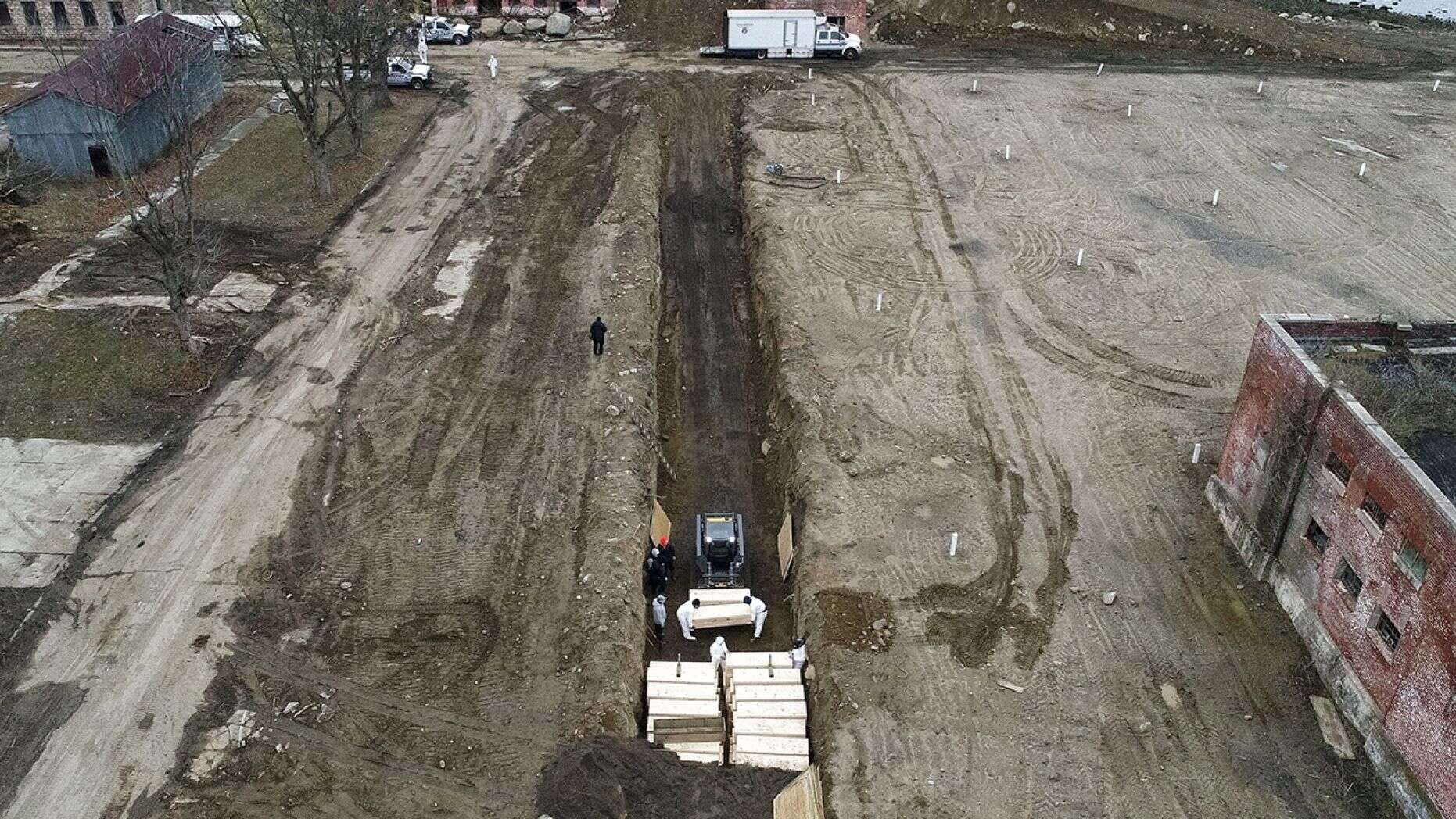 Elsewhere in New York City, overwhelmed hospitals have been placing bodies in refrigerated trucks parked outside their doors. Cuomo had said Thursday that “additional funeral directors” are going to be brought in to deal with the crisis.

More on the EU’s statement on Trump