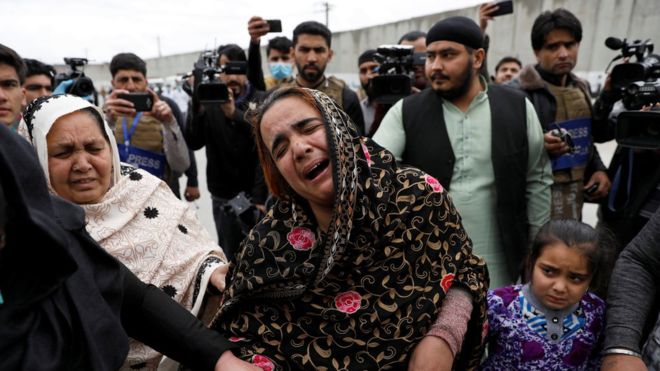 Afghan security forces are battling militants who stormed a busy temple belonging to the Sikh religious minority in central Kabul.

At least one person died and a number were wounded after suicide bombers and gunmen attacked the temple in the Shorbazar area at 07:45 (03:15 GMT).

Some 150 people were inside and a number of them have been rescued.

The Islamic State (IS) group, which has targeted Sikhs before in Afghanistan, says it is behind Wednesday’s attack.

What do we know about the attack?
An interior ministry spokesman quoted by Reuters news agency said the majority of people in the temple had been rescued, and two attackers had been killed.

About 150 people were inside the temple which houses families and regularly hosts morning prayers, said Anarkali Kaur Honaryar, a Sikh MP in the Afghan parliament. 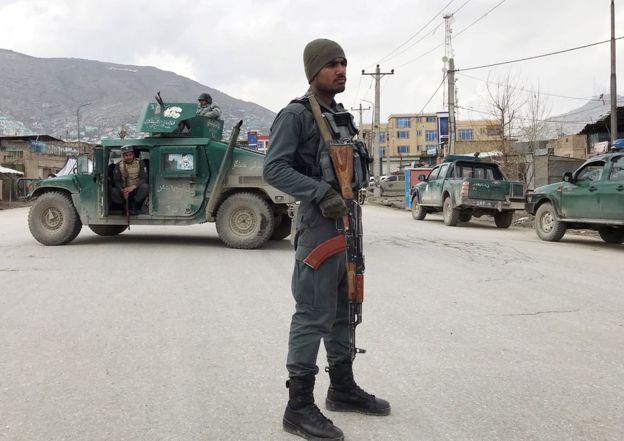 People switched off their phones and tried to hide when the attack began, she said.

A health ministry spokesman quoted by Reuters said one child had been killed and 15 people had been wounded, adding that the toll could rise.

Another Sikh MP, Narender Singh Khalsa, told Reuters he had information that four people had been killed and he put the number of people inside at 200.

“Three suicide bombers entered a dharamsala [sanctuary area],” he said. “The gunmen started their attack at a time when the dharamsala was full of worshippers.”

Photos from the scene show security forces carrying people away on stretchers.

How vulnerable are Sikhs in Afghanistan?
Afghanistan’s dwindling Sikh population, now said to number fewer than 10,000, has long complained of discrimination and harassment by the Muslim majority.

In July 2018, IS said it had bombed a gathering of Sikhs and Hindus in the eastern city of Jalalabad, killing 19 people and injuring 20.

Awtar Singh Khalsa, one of the country’s best-known Sikh politicians at the time, was among those killed.