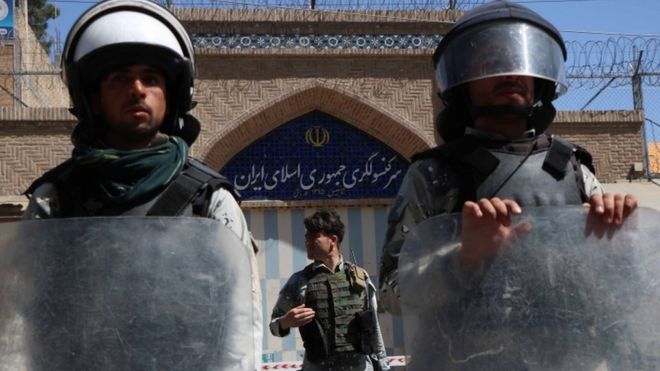 The deaths of three Afghan refugees in a car fire in Iran has prompted an outpouring of anger towards police there, after it emerged the blaze began when officers shot at the vehicle.

Another four were injured, including a boy seen begging “Give me some water, I am burning” in video of the incident.

His plea is now a hashtag, used by Afghans to express their anger online.

It comes a month after Iranian border guards allegedly tortured and killed a group of Afghan migrants.

Afghan officials said 45 migrant workers were killed when the border guards forced them at gunpoint into a river. Iran denied the allegations.

What happened to the car?
The deputy governor of the central Iranian province of Yazd, Ahmad Tarahomi, told local media that police officers suspected the car was carrying drugs and undocumented migrants.

When the car failed to stop at a checkpoint, they opened fire, he said. After its tyres were hit, the car continued to drive on its wheel rims, causing sparks that started the fire, Mr Tarahomi added. 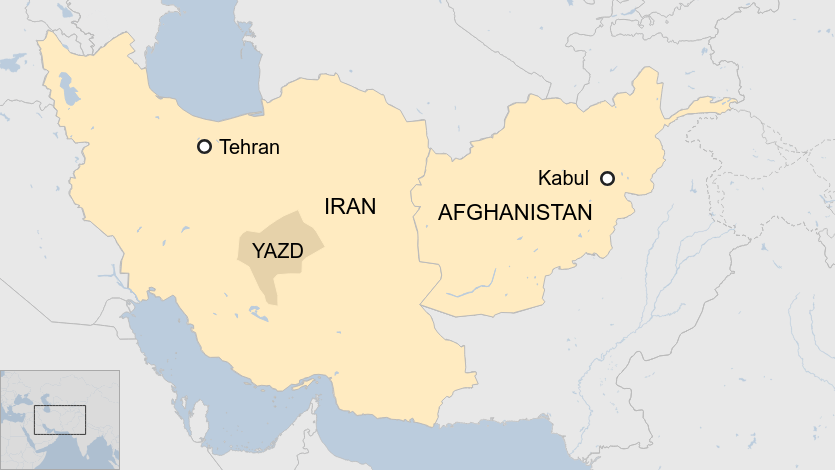 A graphic video circulating online shows a partially-burnt boy with tattered clothes on the side of a road begging for water.

The Afghan ministry of foreign affairs has confirmed the video is genuine.

What has the reaction been?
An Afghan delegation was being sent to Iran to support the victims and investigate the incident, Abdul Ghafoor Liwal, Afghanistan’s ambassador to Tehran, told the BBC on Friday.

There was a wave of outrage online after the video went viral on social media, adding to long-standing anger about alleged mistreatment of Afghans in Iran.

About three million Afghans – including refugees and migrants – live in Iran.

“Iran has no right to kill Afghan refugees, they can seal their borders, expel all Afghans but not kill them,” Ali Noori, a lawyer and rights activist, said on Facebook, according to Reuters news agency.

Some Afghans made comparisons with police brutality in the US, which has triggered protests in recent days.

“A boy screams for a drop of water but no one gives him. He is burnt. Where is humanity? #shameful,” tweeted Javid Ahmad Qaem, Afghanistan’s ambassador to China.