African countries are still waiting for a surge in Covid-19 cases. Some health experts question whether it will happen 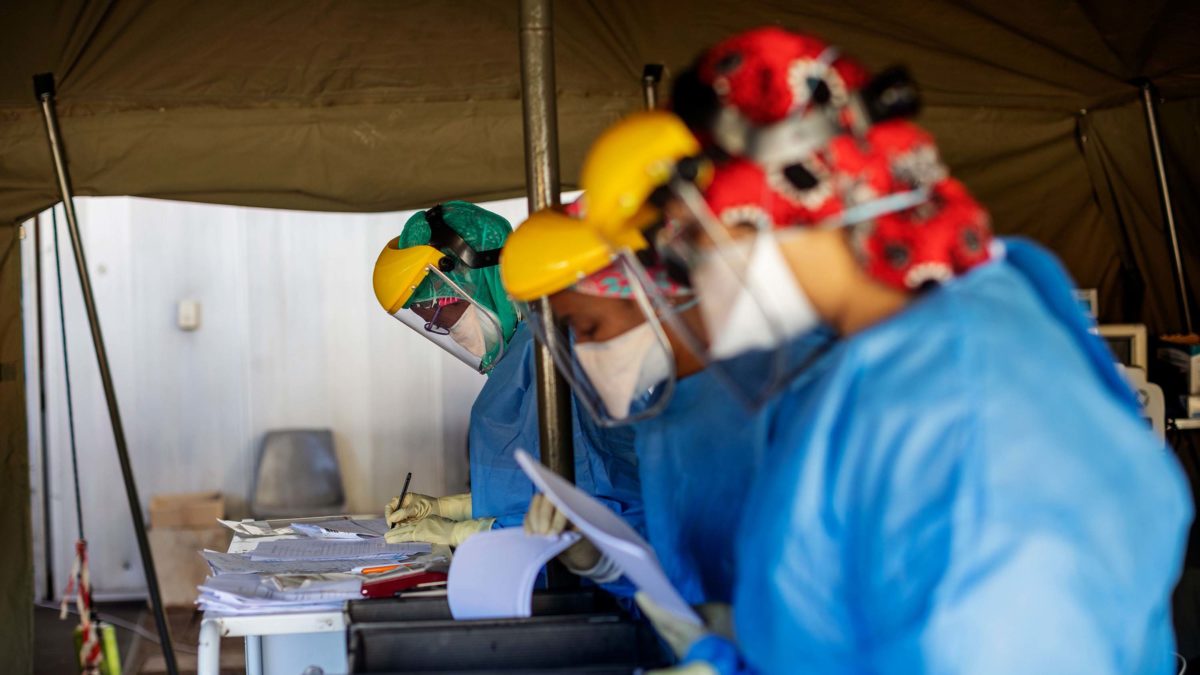 TOPSHOT - Health workers fill out documents before performing tests for COVID-19 coronavirus on other health workers at the screening and testing tents set up at the Charlotte Maxeke Hospital in Johannesburg, on April 15, 2020. (Photo by Michele Spatari / AFP) (Photo by MICHELE SPATARI/AFP via Getty Images)

On January 28, at around one in the morning, Dr. John Nkengasong’s cellphone rang in Addis Ababa.

Nigerian officials told Nkengasong, the Director of the Africa Centres for Disease Control and Prevention (CDC), that a recently arrived Italian businessman had tested positive for Covid-19.

He later recovered. But the force of infection, mostly coming from Europe, seeded the virus in countries throughout the continent, say health officials.

As imported cases increased, and community transmission began, the World Health Organization began sounding the alarm in press conferences and statements about an unfolding crisis on the continent. They said Covid-19 patients could quickly overwhelm the weak health infrastructure.

Melinda Gates, in an interview with CNN, went even further in April — predicting that there would be bodies on the streets.

CDC Africa and WHO officials say that the warnings were important. Very little was, and still is, known about Covid-19 and nations needed to urgently prepare. But nearly five months on, across Africa, those catastrophic scenarios just haven’t happened.