After criticism, Indian government to cover most train fare for stranded workers 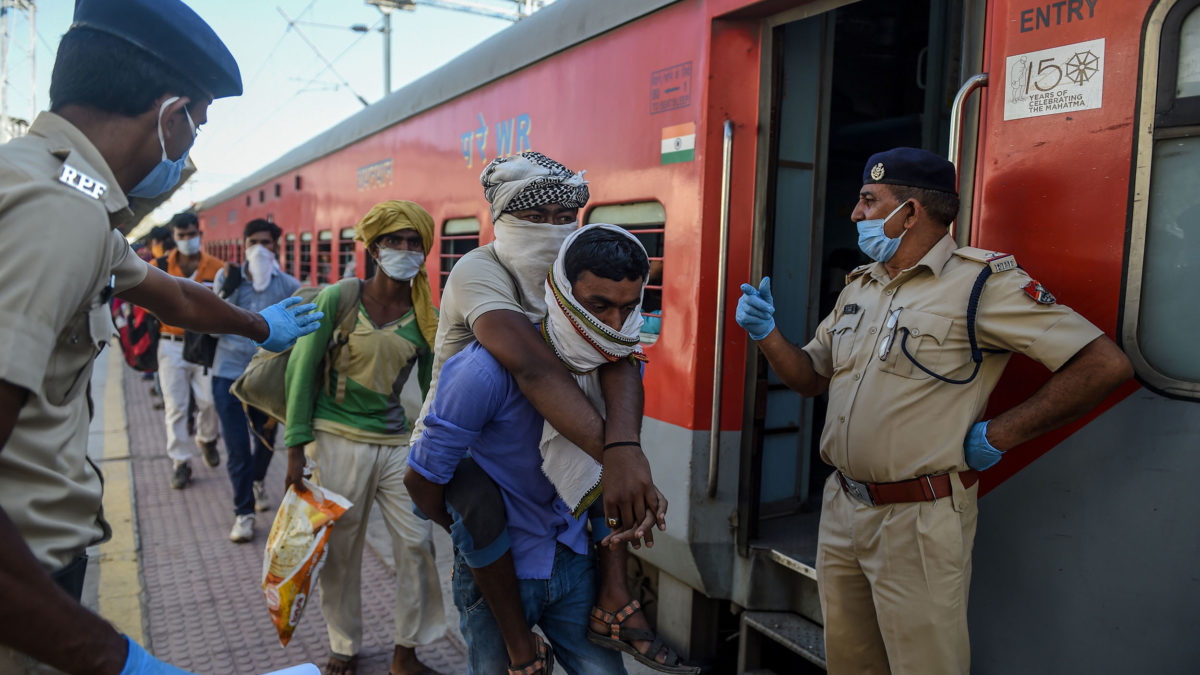 A migrant worker lifts his physically-challenged brother (C) as they arrive to board a special train to Agra in Uttar Pradesh state during a government-imposed nationwide lockdown as a preventive measure against the COVID-19 coronavirus, at Sabarmati Railway Station on the outskirts of Ahmedabad on May 2, 2020. (Photo by SAM PANTHAKY / AFP) (Photo by SAM PANTHAKY/AFP via Getty Images)

In a U-turn, the Indian government announced that it will cover the train fare cost incurred for the transportation of stranded migrant workers, students and tourists to return home.

“Both the Government of India or the Railway Ministry have not discussed charging any of the workers. Eighty-five percent of the fare will be borne by the Central government and 15 percent by the state government,” said Lav Agarwal, a senior official for the Ministry of Health said.

The change in stance comes after increasing criticism on an earlier official order issued by the Ministry of Railways, asking state governments to collect the fare from the migrant workers.

“The local state government authority shall handover the tickets to the passengers cleared by them and collect the ticket fare and hand over the total amount to Railways,” read an earlier order issued on May 2.

On Monday morning, the president of India’s main opposition Congress Party attacked the government for discriminatory behavior towards migrant workers.

In a statement on Twitter, Sonia Gandhi questioned the Indian government’s reasoning behind charging hundreds of thousands of migrant workers for train tickets for their travel back home.

Restrictions loosened: The Indian government loosened the restrictions of the nationwide lockdown last week, allowing hundreds of thousands of stranded Indians to travel back to their homes by special trains and buses.

German hair salons can reopen today. Here's what it's like to get a hair cut now.