Air pollution has plummeted by more than 45% compared to 2019 values in some European cities as coronavirus restriction measures have kept people at home.

Paris, for instance, saw nitrogen dioxide levels drop by 54%, according to research that was released by the Royal Netherlands Meteorological Institute (KNMI).

Scientists at the Dutch Institute, using the European Space Agency’s Copernicus Tropomi instrument, compared nitrogen dioxide concentrations from March 13 until April 13 2020 to those in 2019 during the same period.

They found similar decreases in cities across the bloc, with Madrid, Milan, and Rome reporting a drop of around 45%.

There is a significant margin of error of 15% with regard to these calculations, which can be attributed largely to varying weather conditions and vast fluctuations in the daily rate of nitrogen dioxide. Thus, they calculated an average of concentrations over a 15-day period.

“Averaging data over longer periods of time allows us to see clearer changes in concentrations owing to human activity. For this reason, the maps show concentrations over a monthly period and are provided with an uncertainty of 15% which reflects weather variability not accounted for in the monthly averages used,” Henk Eskes, a scientist at KNMI said. 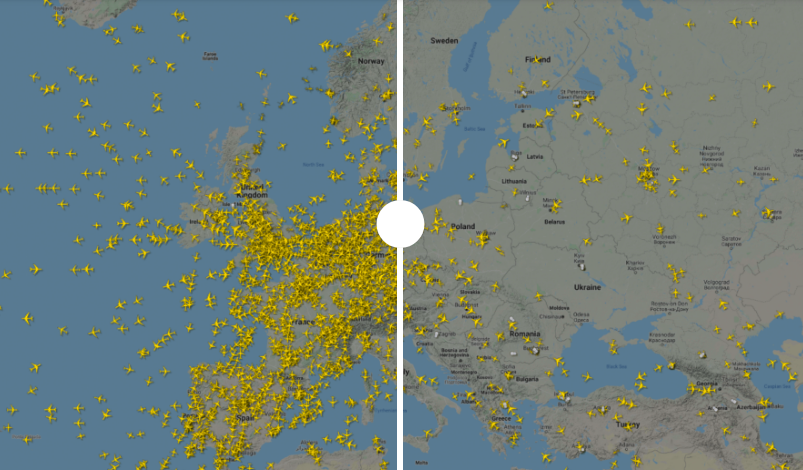 Nitrogen dioxide is a pollutant that is produced by industrial activity, such as road and air travel.

It can have significant health impacts: the World Health Organisation (WHO) estimates that ambient air pollution contributed to over 7% of pre-mature deaths globally in 2016.