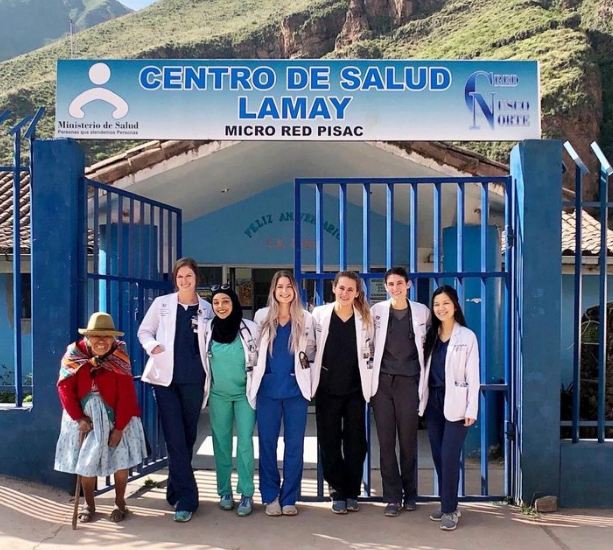 On Feb. 29, over a dozen students from three Georgia-based universities arrived in Cusco, Peru, for an experience of a lifetime.

For two weeks, professional Health Science and paramedic students from Georgia’s Augusta University, as well as students Lenoir-Rhyne University and the University of Georgia, embarked on a program to complete their clinical rotations for their physician assistant programs.

For the first week, the students went to rural areas where they conducted breast exams, cervical cancer screenings and other medical examinations at local clinics and hospitals in Cusco.

But by the second week, a number of clinics began to cancel their site visits as a precaution due to the worsening coronavirus outbreak. A few days later, the students met with other foreigners in Peru, who informed them that the government planned to halt all of its inbound and outbound flights.

Those 15 Georgia students are among hundreds of Americans stuck in Peru after the government closed its borders, canceled flights and implemented martial law in an attempt to slow the spread of the virus.

Last week, President Donald Trump said he was aware of the situation and that the U.S military was working on a solution to bring back the more than 1,400 Americans stranded in the country. But according to Peru’s defense minister, the deadline for the U.S. to coordinate the exit of its foreign nationals has passed. Argentina, Chile, Israel and Mexico all arranged exits for their citizens to leave Peru. The U.K. government announced last week that rescue flights to bring back hundreds of British tourists stranded in Peru will begin this week.

“We did not at all expect Peru to close its borders to let anybody out,” said 26-year-old Erica West, an Augusta University student stranded in Cusco, a southwestern city over 600 miles away from the capital. “They didn’t give any indication or warning.”