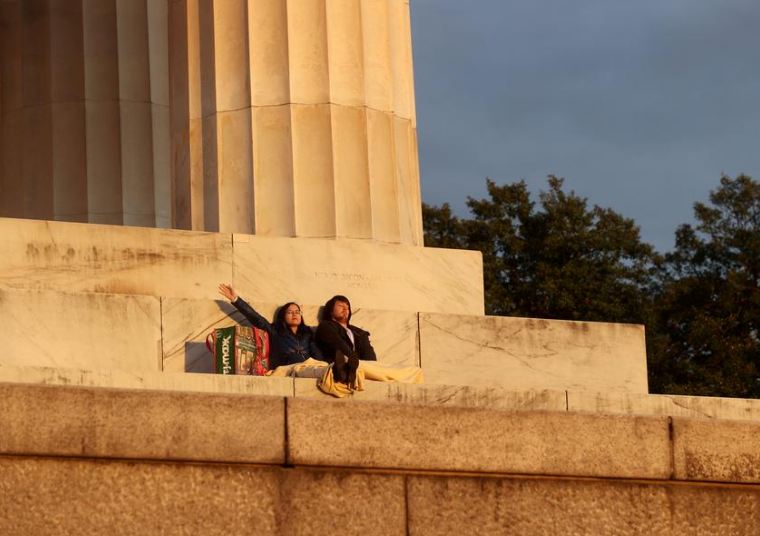 NEW YORK/LOS ANGELES (Reuters) – Americans spent a glum Easter Sunday largely confined to their homes by the still-raging coronavirus pandemic as the U.S. death toll neared 22,000, with more than half a million confirmed cases nationwide.

With 42 states imposing strict stay-at-home orders most churches were shuttered, although many erected crosses outside or even offered drive-through services conducted by priests, pastors or ministers wearing latex gloves and surgical masks.

Other Americans turned to online church services to mark the holiest day in the Christian calendar.

“Our rights come from our creator, not from a governing body,” Spell told Reuters, adding people traveled from across the region to attend.

In some states, attempts by authorities to clamp down on Easter services have sparked legal battles over the rights of government to prevent Americans from attending church, even under pandemic conditions.

On Saturday, the Kansas Supreme Court upheld an executive order barring more than 10 people from gathering for religious and funeral services. The decision, a victory for Democratic Governor Laura Kelly, followed an attempt by a Republican-led legislative body to overturn the order.

The United States, with the world’s third-largest population, has recorded more fatalities from COVID-19 than any other country, nearly 22,000 as of Sunday evening according to a Reuters tally.