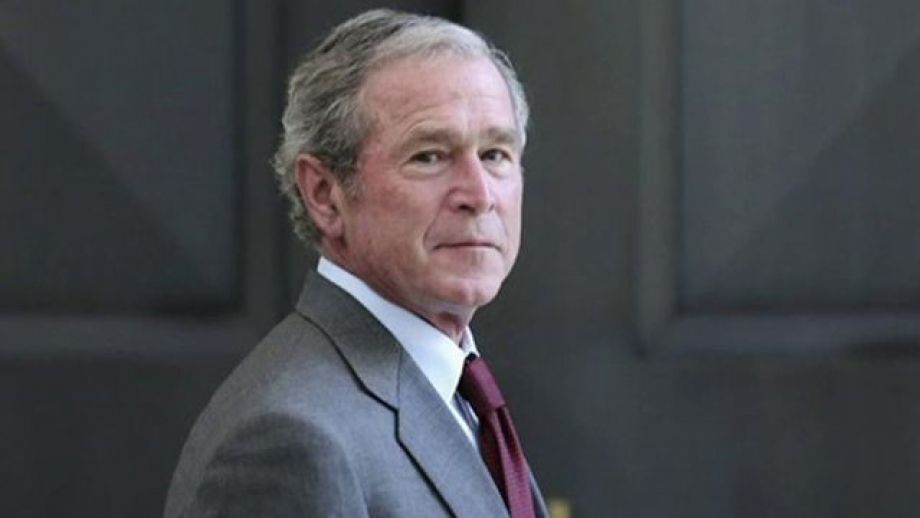 Newly resurfaced footage of then-President George W. Bush urgently warning of the risks posed by pandemics in 2005 — “If we wait for a pandemic to appear, it will be too late to prepare,” Bush said at the National Institutes of Health — has drawn belated praise from his detractors, and raised new questions as to the state of the federal government’s disaster preparedness since his administration.

In particular, a USA Today fact-check recently confirmed that the Obama administration had allowed the N95 mask stockpile to deplete following a series of crises, and apparently ignored calls for experts to renew the stockpile. President Trump repeatedly has blamed his predecessor for the shortage as well, although he also apparently took no efforts to replenish the materials.

“The thing that gets me is, the national stockpile was built, and this was one of the issues… we had to make certain we had enough material in that stockpile, and there are a couple of issues here,” Rove, a Fox News contributor, said. “One is this equipment — there’s a different durability to each item in the stockpile. If you’ve got yourself a ventilator, it’s got a long life — now it may be made obsolete by changes in technology, but it’s got a relatively long shelf life.”

He added: “But, masks do have a shelf life. You can’t make a mask and have it have the same impact in 10 years that it might have in two years. So, this means budgetary questions, because you’re gonna have to replenish parts of the stockpile periodically.

“What amazed me was the fact that — I think it was 2014, when they used so many N95 masks out of the stockpile and they were not replenished,” Rove continued. “I think the same thing happened with some of the stockpile of ventilators. This is the kind of thing that once you’re committed to it, you hope that the only reasons you change the commitment to it is because there’s a change in technology, not a change in finances.”

At the same time, Rove also asserted that it was something of an overstatement to say, as ABC News reported, that the former president was “obsessed” with pandemics. But, Rove said, it was true that Bush had read John M. Barry’s “The Great Influenza” on the 1918 flu pandemic, and undertook comprehensive action.

“I think the word ‘obsessed’ is a little bit too much,” Rove told Fox News, calling the ABC News piece somewhat “overdrawn” in its language.

“Bush is the one who says, ‘OK we’ve got to have a goal, let’s work towards the goal,'” Rove said. “And, Bush prodded to move people along in that way, but ‘obsessed’ is not a word I’d use for Bush. He’s just focused.”

“You’ve got to read this,” Townsend said the president told her, referring to Barry’s book. “He said, ‘Look, this happens every 100 years. We need a national strategy.'”

During the Bush administration, Rove said, the president took the situation seriously and the warnings were dire.

“I’ve told people more than once during this last couple of months that as scary as the briefings were about the war on terror, the scariest briefings I had at the White House were about pandemics, because the speed with which these could be transmitted, first from animals to humans and then spread among the global, interconnected environments in which we live — I didn’t think I’d see something like we’re going through now, but this is what they were talking about,” Rove said.

“Remember, [Bush] went through SARS in 2002 and 2003,” Rove went on. “One of the issues… at that time… the technology was such that the only way, once you created a vaccine, the only way to manufacture the vaccine was to get one egg per dose and incubate the vaccine in that egg — so we literally were having meetings about how many eggs could be produced and how rapidly in order to incubate any prospective vaccine.”

Those experiences were likely on Bush’s mind when he delivered his address at the NIH on pandemics.

“A pandemic is a lot like a forest fire: if caught early, it might be extinguished with limited damage; if allowed to smolder undetected, it can grow to an inferno that spreads quickly beyond our ability to control it,” Bush said in his November 2005 speech to the NIH, which Dr. Anthony Fauci, who has been leading the current pandemic response, attended. “A flu pandemic would have global consequences, so no nation can afford to ignore this threat, and every nation has responsibilities to detect and stop its spread.”

“It is vital that our nation discuss and address the threat of pandemic flu now,” Bush added. “There is no pandemic flu in our country or in the world at this time — but if we wait for a pandemic to appear, it will be too late to prepare, and one day, many lives could be needlessly lost because we failed to act today.”

The newfound praise for Bush’s comments among several news outlets and personalities, however, has led some observers to point out that glowing coverage was nowhere to be found during his time in office.

Blogger Jim Treacher quipped: “They really do think we don’t remember how they behaved from the moment Bush was inaugurated till the moment he handed the reins to The Lightworker. It’s not a guideline. It’s not a suggestion. It’s an unbreakable rule: The only good Republican is the previous Republican.”