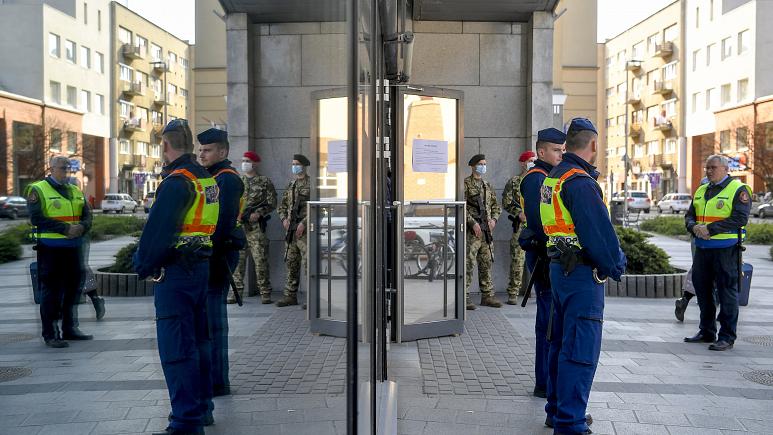 The coronavirus is changing the way we live our lives. Much of Europe is in lockdown. People are limited in how often they can go outside. They are told to work from home and not to socialise. Places for entertainment and social gathering are on hiatus: from restaurants to bars, coffee shops to cinemas – closed until further notice. Even religious services have been cancelled.

When we rang in a new decade just a couple of months ago, no one expected that we would see the biggest limitations to our freedoms since World War II. But that’s only the second most surprising thing.

Surely what would have surprised us most, if we had been told on 1 January of what was to come, is that almost everyone is in favour of it. But in order to impose these draconian measures, almost every country has had to introduce emergency legislation involving limitations on freedoms that most of us see as inalienable. For most, these new laws are time-limited. Some have so-called ‘sunset clauses’ or need to be renewed every six months.

Not everywhere, though. In Hungary, MPs voted last week on emergency laws with no time limit. Hungary’s Justice Minister told Euronews that parliament can vote to repeal the laws. But parliament is currently suspended. As things stand, Prime Minister Viktor Orbán can rule by decree and journalists can face up to five years in prison if they are deemed to be spreading fake news. Will these laws be easy to repeal? Will they be repurposed when the crisis is over?

And it’s not just Hungary. Elsewhere in the world, authoritarian leaders are introducing new laws, curbing freedoms and closing borders – officially to help combat the spread of the virus, but also because the current crisis has given them powers they previously could only dream of. History has taught us, time and again, that many such leaders simply won’t give up their new-found control without a fight.

And what about the European Union’s response? Well, how about weak and ineffective? The Commission issued a statement saying “It is of utmost importance that emergency measures are not at the expense of our fundamental principles and values.” It was sent the day after the vote in Hungary, was clearly aimed at Hungary, but didn’t mention Hungary. What is the point in that?

The following day, 13 member states (out of 27) signed a joint statement calling for emergency measures to be temporary. And again, Hungary wasn’t named. Orbán’s party Fidesz remains a prominent-yet-suspended member of Europe‘s biggest political grouping: the EPP. Its president, Donald Tusk, sent a letter urging the group to “reconsider” its position on Fidesz.

If the EU is about anything, surely it’s about upholding the democratic values it claims to espouse. It is often quick to condemn other nations around the world. Yet, in its own backyard, one of its own is undermining those very values and the bloc can’t even bring itself to call them out.

If Hungary is not explicitly condemned, sanctioned even, it throws up a question: if the European Union will not act now, when would it?