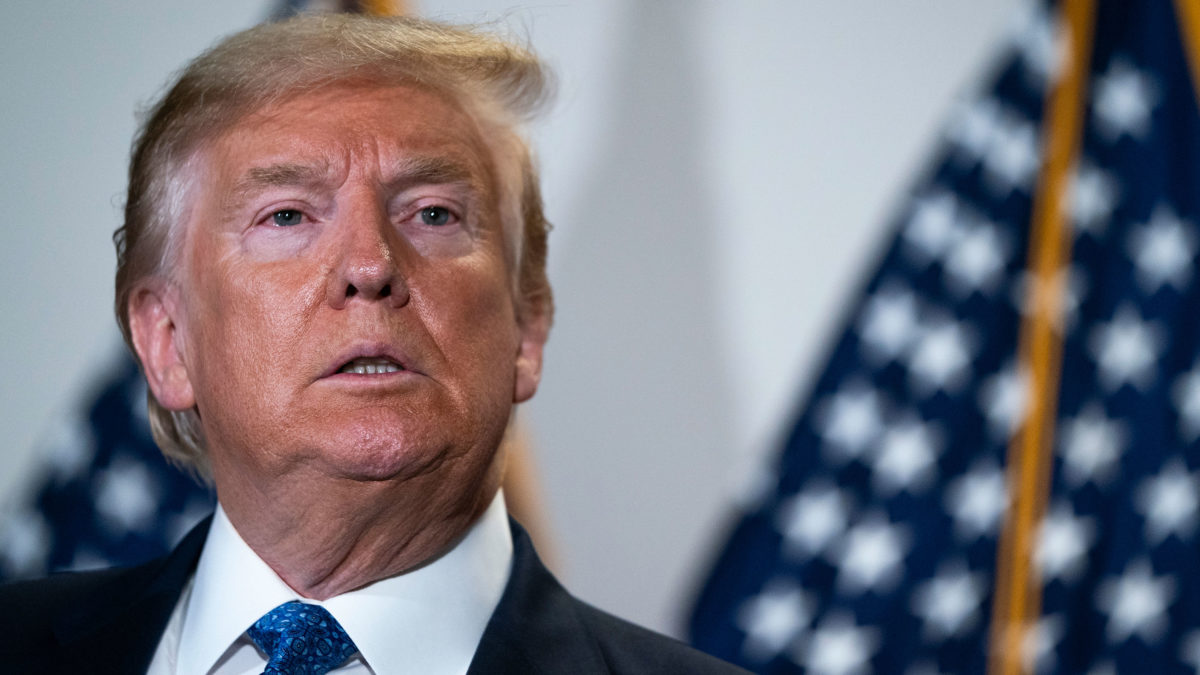 WASHINGTON, DC - MAY 19: U.S. President Trump speaks to the press after meeting with Republican Senators in the Hart Senate Office Building on Capitol Hill, May 19, 2020 in Washington, DC. (Photo by Drew Angerer/Getty Images)

Sometime in the next few days, the 100,000th American will succumb to Covid-19 in a pandemic that President Donald Trump once predicted would just “miraculously” disappear.

Yet despite, and perhaps because of, his earlier cavalier attitude, Trump spent the long holiday weekend bemoaning everything but the tragic roll call of death — while also finding time to claim he got “great reviews” for handling the crisis.

In his most politically significant maneuver, he heaped intense pressure on North Carolina’s Democratic governor to permit a normal, crowded Republican National Convention, despite fears such a mass gathering could seed virus hot spots. Trump warned he could pull the huge money-earner out of Charlotte, which was picked to play host in August.

The move came as the President intensified his push for a full reopening of the country and television footage showed packed beaches and boardwalks in some states as Memorial Day crowds fueled fears that social distancing may be breaking down.

On social media, he waged a weekend of Twitter wars against his critics, targeting a favorite foil, Barack Obama, after Trump’s return to the golf course — his 266th such trip in office — sparked calls for him to concentrate more fully on the pandemic.