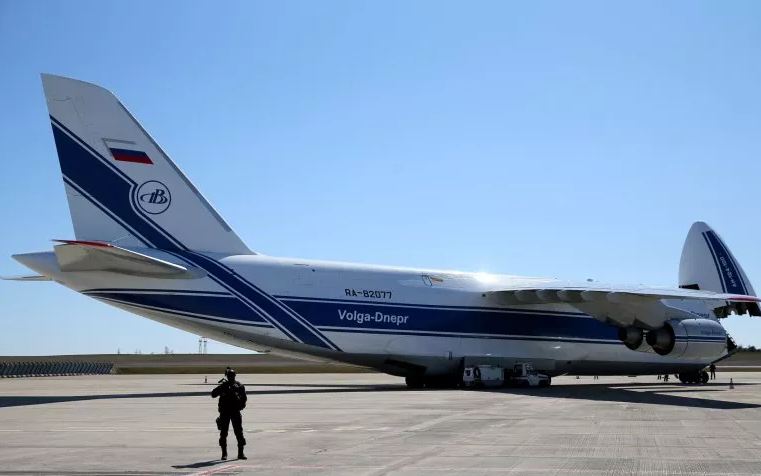 China and Russia are using the coronavirus pandemic to position themselves as world leaders while the United States turns its focus to domestic matters to battle the infectious disease, experts on geopolitical affairs and a senior U.S. intelligence official briefed on the matter told Newsweek.

This scramble to mitigate the spread of the virus, which is expected to soon infect up to a million people worldwide, could hinder the U.S.’ ability to respond to international calls for help, a senior U.S. intelligence official, speaking on the condition of anonymity, told Newsweek—leaving a potential void where Washington could have stepped in. “China and Russia aim to fill that void, even at the costs of their own readiness,” the official said.

“Both adversaries are playing the long-term game,” the official added. Beijing and Moscow, the official, explained, “will advance attempts to undermine U.S. efforts to maintain strategic partnerships and alliances by providing essential medical equipment, PPE, and tests to countries with underdeveloped or overwhelmed medical systems, while pointing out that the United States is unable to respond due to their own incompetence and inability to handle a pandemic.”

The official, who was familiar with an internal Central Intelligence Agency report that discussed a potential global power shift, also warned of unrest that could ensue in countries around the world. That, combined with internal predictions that the pandemic could extend beyond 2020, gives China and Russia further leverage to elevate their positions on the world stage.

The CIA declined to comment when contacted by Newsweek.

The pandemic is sure to create global economic upheaval. The United Nations warned Wednesday that this, along with “the risk that it contributes to enhanced instability, enhanced unrest, and enhanced conflict are things that make us believe that this is the most challenging crisis we have faced since the Second World War.”

Already, China and Italy have weathered the worst of the disease, and as of Wednesday, about 200,000 COVID-19 cases were confirmed in the United States, more than anywhere else in the world. These include more than 4,300 U.S. deaths—or more U.S. casualties than the 9/11 attacks or the 18-plus-year war in Afghanistan that followed them. The U.S. also finds itself dangerously low on critical medical supplies such as PPE, short for personal protective equipment, and ventilators, a device that breathes for patients too weak to do so themselves. The Trump administration has projected fatalities to reach between 100,000 and 240,000 by August.

“The COVID-19 pandemic tests America’s already-strained international relationships undermined by Trump’s ‘America First’ doctrine while further narrowing Washington’s focus on the domestic health and economic crisis,” London added. “Although Russia and China cannot ignore their peoples’ grievances, as autocracies, neither contends with an open society, free press or legitimate elections that might facilitate a credible threat to their power.”

Beijing has acknowledged its desire to make itself known. At a press conference Thursday, Chinese Senior Colonel Ren Guoqiang said: “China is actively engaging in international cooperation and providing as much help as possible to other countries and international organizations.”

And Russian Foreign Ministry spokesperson Maria Zakharova on Thursday described Russia’s presence in Italy as “the apogee of isolation, the apotheosis of ‘the Russian threat,’ the anatomy of ‘the Kremlin’s hand'” in a Facebook post.