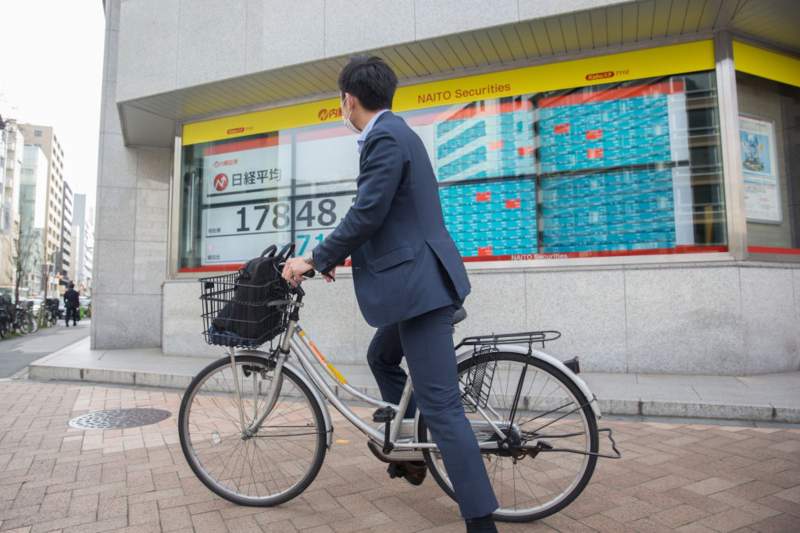 A summary now on the economic situation across Asia.

Shares in Asia fell early Wednesday after two straight days of gains. That’s being driven by volatile oil prices and continued concern over the spread of the coronavirus.

Continued uncertainty on oil production plans by Russia and Opec leader Saudi Arabia has seen volatile trade with global benchmark Brent crude up 2.3% in early Asia at $32.59 per barrel after a 3.6% decline overnight.

A meeting on Thursday between Opec and ally Russia may move to curb production, after a failure to agree on cuts in March sent oil into a tailspin.