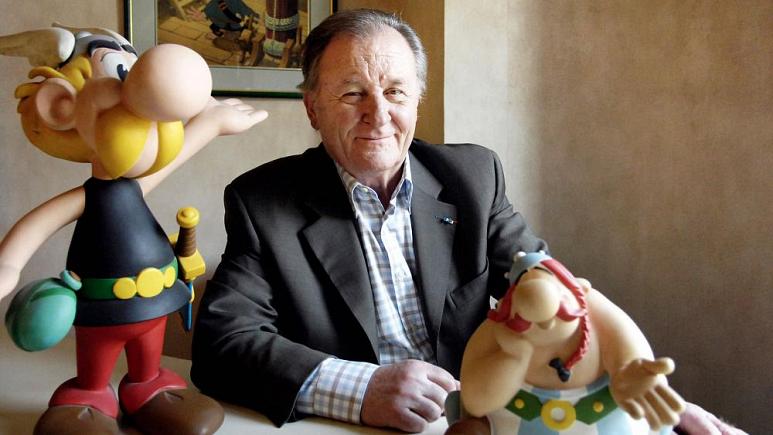 Albert Uderzo, the cartoonist behind the famous French Astérix and Obélix comic series, has died at the age of 92.

“Albert Uderzo died in his sleep at his home in Neuilly from a heart attack unrelated to the coronavirus,” his son-in-law Bernard de Choisy confirmed to AFP. “He had been very tired for several weeks,” he added.

The comic series about warriors during the Gallic Wars began in a magazine in 1959. A worldwide success, there are more than 380 million comics sold, and they have been translated into more than 110 languages ​​and dialects.

The writer of the comics René Goscinny died in 1977.

Uderzo was born in 1927 and his drawings showed promise even as a child.

Around the age of ten, according to his biography, he began to draw characters with big noses, a characteristic that would continue in his work.

After the Second World War, Uderzo published his drawings in magazines and participated in the production of cartoons. He met his future sidekick on Astérix in 1951.

Uderzo sketched the famous French cartoon character in 35 volumes, from the first “Astérix le Gaulois” released in 1961 until 2009 with “L’Anniversaire d’Astérix et Obélix – Le Livre d’or” which celebrated the 50th anniversary of the series.

Another 79 coronavirus cases were identified in South Korea yesterday. It’s the most in weeks