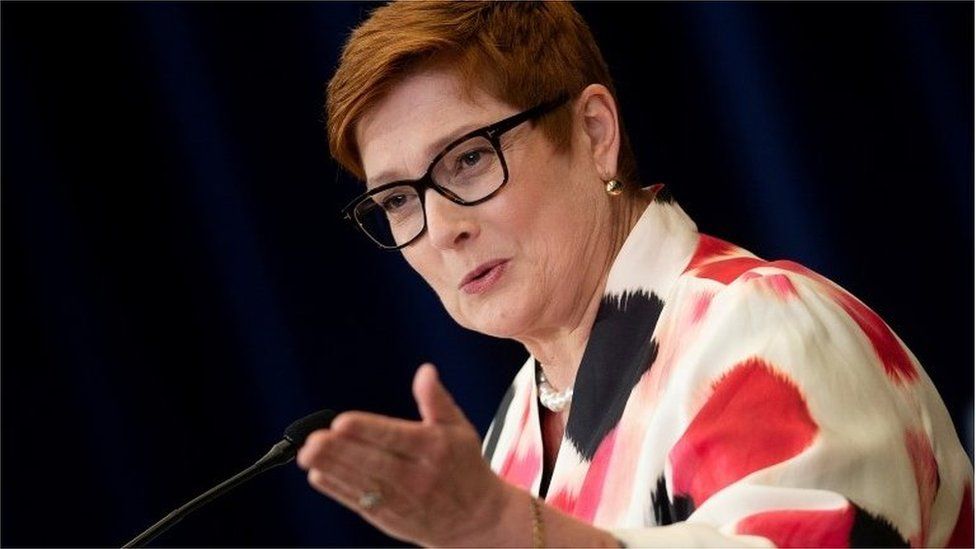 Australia has scrapped agreements tied to China’s Belt and Road initiative, prompting anger from Beijing and adding further strain to tense relations between the countries.

The federal government used new powers to rip up two deals made between the state of Victoria and China.

Canberra said it was backing away from the agreements to protect Australia’s national interest.

The Chinese embassy in Australia branded the move “provocative”.

It said the action by Canberra was “bound to bring further damage to bilateral relations, and will only end up hurting itself.”

“It further shows that the Australian government has no sincerity in improving China-Australia relations,” a spokesperson said in a statement.

It is the first time Canberra has used the powers to veto deals made by states, local governments or public universities with foreign countries. The laws allow the government to cancel agreements deemed to threaten Australia’s national interest.

In addition to the China deals, Foreign Minister Marise Payne also scrapped agreements with Iran and Syria. They were a memorandum of understanding sealed between Victoria’s education department and Iran, signed in 2004, and a 1999 scientific cooperation agreement signed with Syria.

Senator Payne said the four agreements were “inconsistent with Australia’s foreign policy or adverse to our foreign relations”.

Speaking to the Australian Broadcasting Corporation, she defended the government’s decision and said she did not expect China to retaliate.

“I think Australia is acting in our national interest, we are very careful and very considered in that approach,” she told the AM radio programme.

Escalating tensions
The Victoria state’s decision to sign up to China’s Belt and Road initiative, with two agreements in 2018 and 2019, drew criticism from the federal government, as well as then-US Secretary of State Mike Pompeo.

The sweeping infrastructure project – which aims to expand global trade links – has funded trains, roads, and ports in many countries, but has left some saddled with debt.

Seen as a bold bid by President Xi Jinping for geopolitical influence the US has been particularly critical of China’s so-called “debt diplomacy”.

The move to cut ties with the initiative comes against backdrop of deteriorating tensions between Canberra and Beijing.

China is Australia’s largest trading partner and before the pandemic, its biggest source of overseas university students. Relations have worsended in recent years, leading to diplomatic and trade ructions.

Trade ties have been particularly strained since Australia first called for a rigorous investigation into the origins of the Covid-19 pandemic in April.

More on Australia-China tensions:
Canberra has taken other steps to curtail China’s influence in the country, including putting a ban on telecoms giant Huawei from building Australia’s 5G network and tightening foreign investment laws.

Still, the Australian government has denied its new veto power is aimed at China. Senator Payne said local governments and publicly funded universities had notified her of more than 1,000 foreign deals.

Facebook and Google extend working from home to end of year