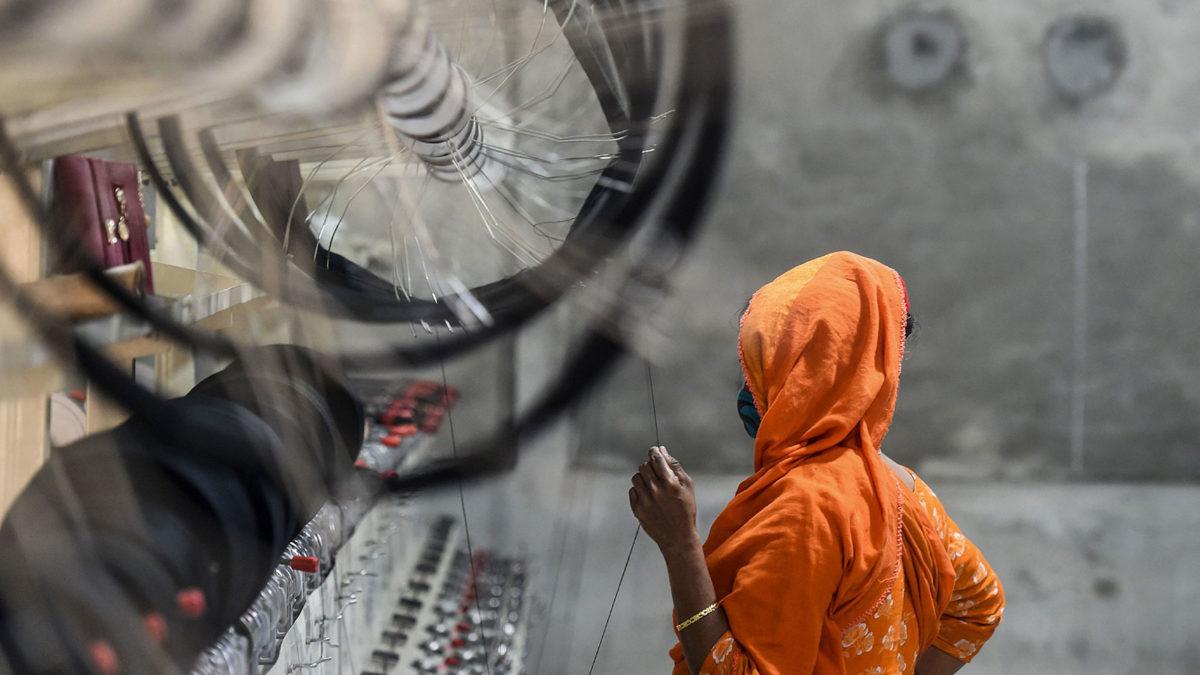 When Fatema Akther arrived for work at the Alif Casual Wear garment factory in Dhaka in late March, she had no idea it would be her last day.

“My line chief came and told me that I didn’t have to work anymore,” said Akther, 25, who had been employed there for five years. She said the company, which could not be reached for comment, decided to close the factory, leaving her without a source of income past March.

The coronavirus pandemic has led factories to furlough or lay off more than half of the country’s nearly 4.1 million garment workers, according to estimates from the Bangladesh Garment Manufacturers and Exporters Association (BGMEA). Like Akther, most of them are women, and the roughly $110 they earn every month is often their families’ only source of money.

“My family runs on my single income,” said Akther, who said she provides for her husband and child. “I don’t know how my family will survive.”

Global lockdowns and unprecedented job losses have caused demand for just about anything that isn’t food to evaporate, including clothing. That’s led the international apparel brands and retailers who rely on the cheap labor that Bangladesh provides to cancel or suspend an estimated $3.17 billion worth of orders in the country, according to BGMEA.

People who work for a living aren’t ever ‘non-essential’