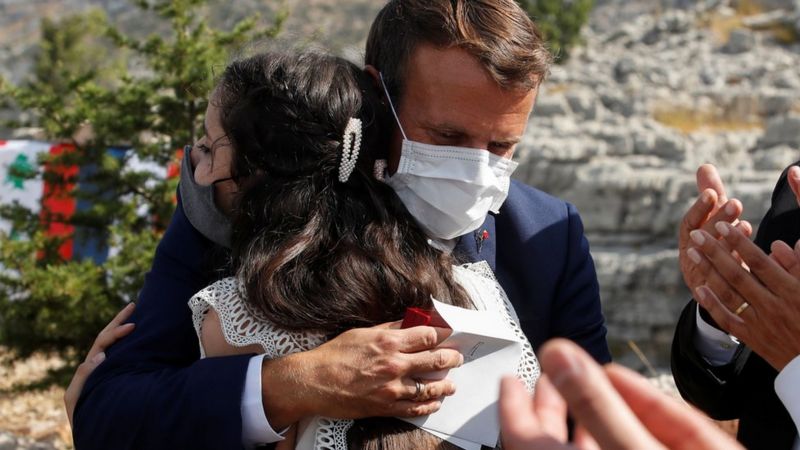 French President Emmanuel Macron says the next six weeks are crucial for the future of Lebanon, as it struggles with an economic crisis and the aftermath of the explosion in Beirut a month ago.

Mr Macron is offering to host an aid conference in mid-October to help.

He is visiting Lebanon to press the country’s leaders to form a government as soon as possible to implement reforms to tackle corruption.

Just before his arrival, political parties agreed on a new prime minister.

The previous Lebanese government resigned amid widespread anger over the Beirut blast, which killed at least 190 people, injured 6,000 others, and devastated swathes of the city.

The cause of the disaster was the detonation of 2,750 tonnes of ammonium nitrate that had been stored unsafely in a warehouse at the capital’s port for six years.

The World Bank estimated on Monday that the explosion caused as much as $4.6bn (£3.4bn) in damage to buildings and infrastructure. Other losses, including the impact on the country’s economic output, could add up to $3.5bn, it said.

Demonstrators clashed with security forces on Tuesday during Mr Macron’s visit, with riot police firing tear gas on protesters who reportedly tried to break into the national parliament.

A number of protesters were also reportedly arrested outside the French ambassador’s residence as they called for the release of Georges Abdallah, a Lebanese militant imprisoned in France.

What did Mr Macron say?
The president arrived in Beirut on Monday night for his second visit since the disaster.

Mr Macron met representatives of UN and local aid agencies near Beirut’s port and told them that he was ready to host a second international aid conference for the country. The first conference, days after the blast, raised pledges of $298m for immediate humanitarian relief.

“We have to focus in the next six weeks on the emergency,” he said, adding that any work would be carried out “under very firm co-ordination” with the UN. 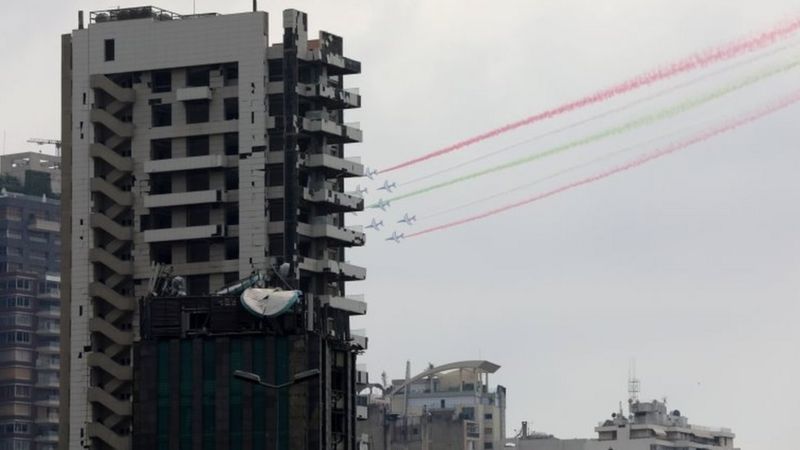 But Mr Macron also said that he would consider withholding financial aid or imposing sanctions on the ruling elite if there were no real change within the next three months.

He called for credible commitments from party leaders, including a timetable for implementing reforms and parliamentary elections within six to 12 months.

Lebanon came under French control 100 years ago after the defeat of the Ottoman Empire in World War One. The country declared its independence in 1943.

Amazon fires: Are they worse this year than before?