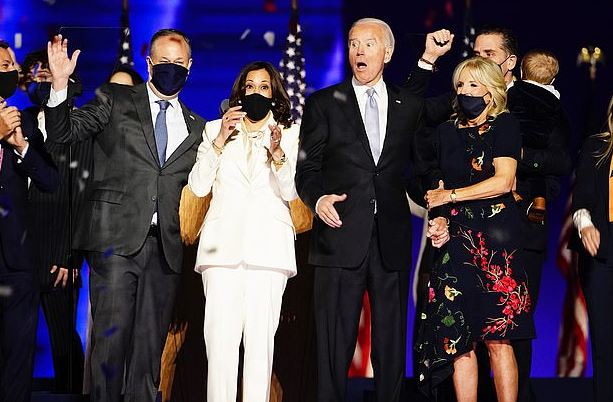 President-elect Joe Biden’s inauguration parade has been cancelled in favor of a virtual version designed to limit crowds during the coronavirus era.

Organizers announced the changes on Sunday, saying that a ‘virtual parade across America’ will be held instead of the traditional procession on Inauguration Day, January 20.

Following the swearing-in ceremony on the west front of the US Capitol, Biden and his wife, first lady Jill Biden, will join Vice President-elect Kamala Harris and her husband in participating in a socially distanced Pass in Review on the Capitol’s opposite front side. Those are military traditions where Biden will review the readiness of military troops.Biden will also receive a traditional presidential escort with representatives from every branch of the military from 15th Street in Washington to the White House.

That, the Presidential Inaugural Committee says, will be socially distanced too, while ‘providing the American people and world with historic images of the President-elect proceeding to the White House without attracting large crowds’.

Google plans to reopen some offices in July