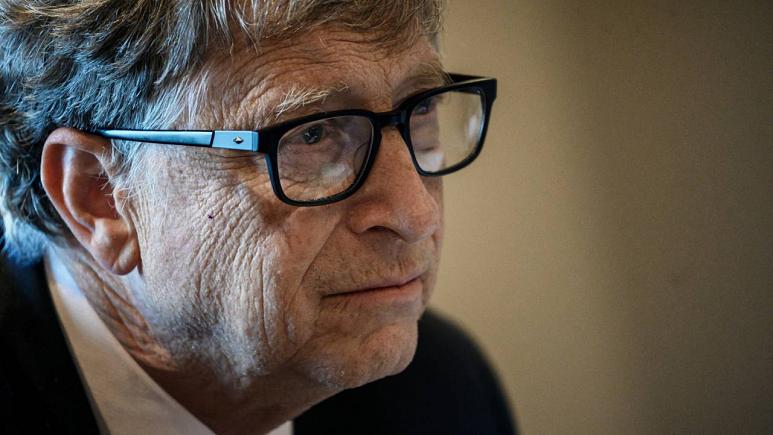 Bill Gates introduced the very first personal computer, defined modern life as we know it, and also somewhat predicted the COVID-19 crisis in a TED Talk in 2015.

“We’re not ready for the next epidemic. (…) The greatest risk of global catastrophe looks like this [like a virus]”(…) not missiles, but microbes,” he said.

Gates warned that humanity had invested “very little” in a system to contain the next pandemic and that a failure to prepare could make the next one “dramatically more devastating than Ebola”.

Did anyone listen to Gates’ warning?
“Basically, no,” said Gates in an interview with the head of TED, Chris Anderson. “I was hopeful that with the Zika and Ebola and SARS and MERS, they all reminded us that, particularly in a world where people move around so much, you can get huge devastation (…) But sadly, very little was done.”

It is the infectiousness of COVID-19, and the fact that it is infectious before symptoms start appearing, what has turned it into an unprecedented health crisis.

But with today’s advances in medicine, and a proper rapid response, “we should end up not having the 1918 flu situation,” he said. Also known as the Spanish Flu, the 1918 influenza pandemic, killed an estimated of at least 50 million worldwide.

What does a proper and rapid response looks like?
According to Gates, the most important thing to discuss today is the area of testing, which he says is not being treated urgently enough.

Everyone should learn from South Korea, he says, they “did not have to do the extreme shutdown, because they did such a good job on testing.”

Testing is everything because it is what allows to assess whether lockdown should be extended or relieved, he explains.

The second key thing for the response is the isolation, “it’s very hard to do, it’s tough on people, it’s disastrous for the economy. But the sooner you do it in a tough way, the sooner you can undo it and go back to normal.

“We need testing, at a very high volume, and isolation.”

‘We have to prepare ourselves to maintain isolation’
“It’s very tough to say to people, ‘ignore that pile of bodies over in the corner, just, you know, we want you to keep spending’, because there’s some, maybe a politician, who thinks GDP growth is what really counts.”

When you overload the medical system, the fatality rate overloads, too, he claimed.

There is no middle ground with the response to COVID-19, added Gates, and the only way to keep the death rate below one per cent is through isolation and testing.

For those, “we should all accelerate the vaccine, which eventually will come,” he said.

‘The economic effects of this will be very dramatic¨’
“But bringing the economy back and doing money, that’s more of a reversible thing than bringing people back to life,¨” he said.

The burned hand teaches best, wrote J. R. R. Tolkien, and Gates says we can now get ready for the next epidemic.

“It’s very clear how to do that. And yes, it will take tens of billions, but not hundreds or trillions of dollars. So it will be tiny compared to the economic cost.”

Biden Expected to Nominate Blinken as Secretary of State