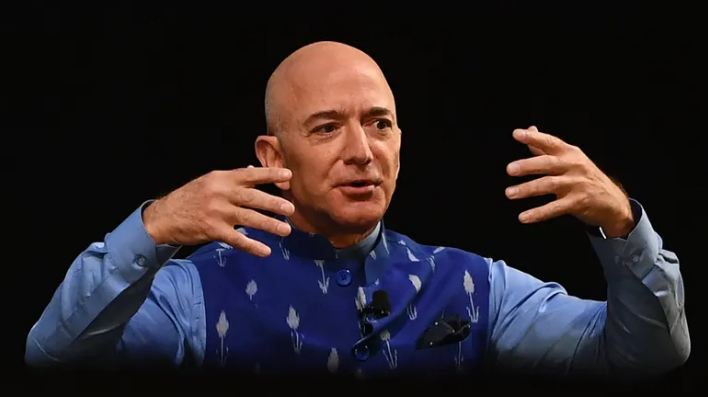 Billionaires in the U.S. have grown their wealth by over a third — or by more than $1 trillion — since the COVID-19 pandemic hit the nation in March, a new report finds.

At the same time, the economic crisis caused by the coronavirus pandemic has left millions of Americans jobless and struggling to pay their mortgages, rents and food bills.

A report released Wednesday by the Washington-based Institute for Policy Studies tracked the net worth of the over 650 of the wealthiest Americans from March 18 to Nov. 24, and found that dozens joined the ranks of billionaires during this period and that 29 saw their wealth double amid the pandemic.

The net worth of this minuscule group is twice the amount of wealth of the bottom 50% of U.S. households — about 160 million people, per the report.

Amazon’s Jeff Bezos saw his net worth grow 61% since mid-March, from $113 billion to $182.4 billion. Amazon’s workers, meanwhile, haven’t received hazard pay in months, even as they’ve continued working during the worsening pandemic. Nearly 20,000 Amazon workers have been infected with coronavirus, according to the company.

An Amazon spokesperson told HuffPost that “nothing is more important than the health and safety of our employees,” adding that the company pays workers at least $15 per hour and has provided masks and gloves, as well as on-site COVID-19 testing in certain locations.

Bezos is one of five “centi-billionaires” in the world — people with a net worth over $100 billion — alongside Louis Vuitton chairman Bernard Arnault, Microsoft founder Bill Gates, Facebook CEO Mark Zuckerberg, and Tesla CEO Elon Musk. Three years ago, there were no centi-billionaires, according to the report.

The U.S. unemployment rate was nearly 7% last month — with over 11 million Americans considered unemployed — nearly twice the level of February, before the pandemic hit.

The U.S. Census Bureau’s survey of American households found that from Oct. 28-Nov. 9, over 15 million households — or 28% of renters surveyed — had either “no confidence” or only “slight confidence” of being able to make their next month’s payment.

It’s just past 8 a.m. in London and 4 p.m. in Tokyo. Here are the latest developments