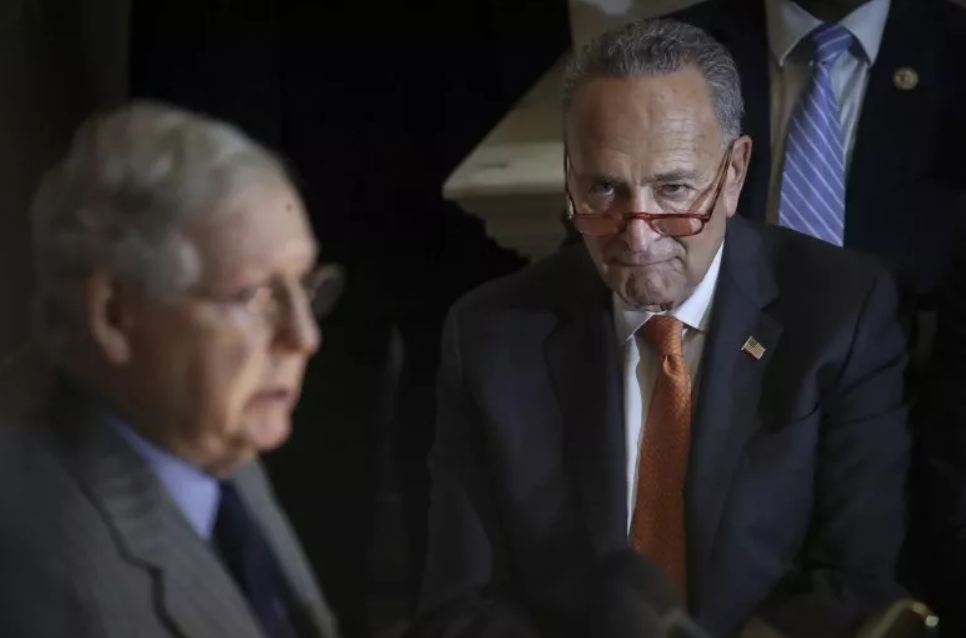 Tuesday, the Senate advanced by voice vote another relief package worth nearly half a trillion dollars for small businesses, hospitals and coronavirus testing after weeks of intense negotiations between Democrats and Republicans and the Trump administration.

The majority of the roughly $480 billion approved—$380 billion—is designed to replenish initiatives that provide small businesses with loans for operating and payroll costs, mainly the Paycheck Protection Program (PPP) that offers forgivable loans. The initial $349 billion assigned to the program under last month’s $2.2 trillion stimulus ran dry last Thursday amid partisan infighting over how the fund should be refilled.

Of the approximately $380 billion for small businesses, $60 billion is set aside for community banks and “underbanked” businesses and non-profits that Democrats said lacked access to the program, such as those that are rural or owned by minorities or women. An additional $60 billion is provided for the Small Business Administration’s (SBA) economic disaster relief fund.

More than 1.6 million businesses depleted the first round of PPP funding in roughly the first two weeks, with the SBA saying it doled out “more than 14 years’ worth of loans in less than 14 days.” That raises the question of how long the new money will last and whether lawmakers may sooner rather than later have to approve funds for small businesses a third time. The SBA did not respond to Newsweek’s inquiry about how many small-business loan applications are waiting in the queue since the initial money was diminished.

“We’ll see how quickly this next tranche of money will be used,” House Majority Leader Steny Hoyer (D-Md.) told reporters before the vote. “We may well have to expand upon that.”

Senate Majority Leader Mitch McConnell (R-Ky.) heeded more caution. “I think we ought to be carefully calibrating as we move along here what’s working and what isn’t and be a little more cautious and make sure everybody is here with full membership before we address another phase,” he told reporters following the vote.

The aid also designates $25 billion for an expanded coronavirus testing strategy and $75 billion for hospitals and health care providers, two items that were major sticking points for Democrats. States will lead the expansion of testing, something Republicans pushed for against Democratic wishes to have the federal government handle it as regions across the country will begin to reopen their economies through a series of phases.

The emergency relief is expected to pass Congress and be signed into law by President Donald Trump as early as this Thursday.

“It’s unfortunate that it took our Democratic colleagues 12 days to agree to a deal that contains essentially nothing that Republicans ever opposed,” McConnell said on the floor. “In my view, it’s indefensible that Main Street’s small businesses and their workers had their assistance cut off for partisan leverage.”

“Democrats flipped this emergency package from an insufficient Republican plan that left behind hospitals and health and frontline workers and did nothing to aid the survival of the most vulnerable small businesses on Main Street,” Schumer and Pelosi said in a joint statement. Schumer later accused his Republican colleagues of trying to “steamroll” Democrats.