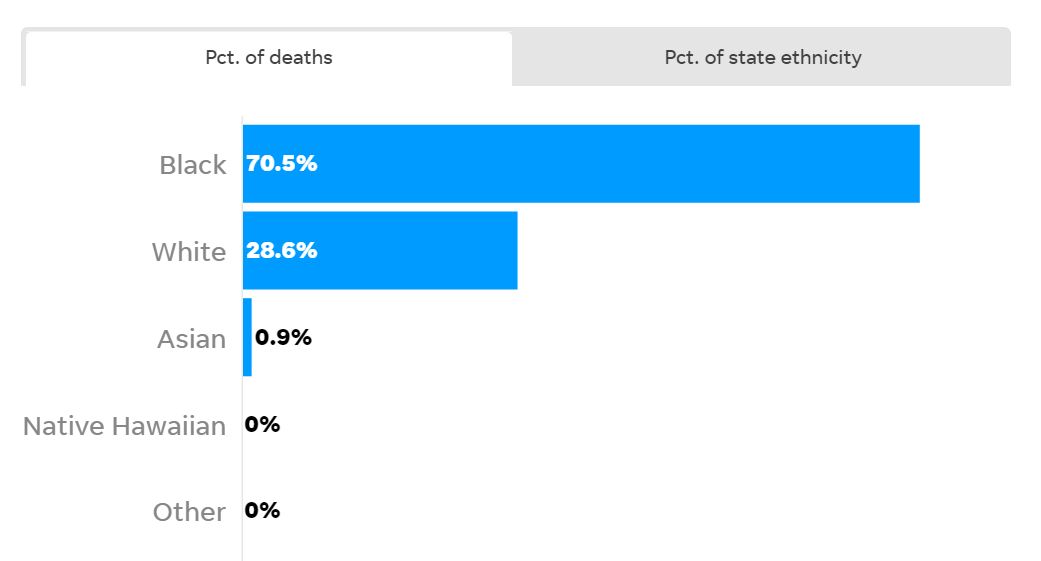 WASHINGTON — Black Americans are overwhelmingly dying of coronavirus at much higher rates compared to other Americans in some major cities, but most federal officials and states are not keeping track or releasing racial data on coronavirus victims, raising concerns about care for the nation’s most vulnerable populations.

With coronavirus cases and related deaths soaring in cities with significant black populations, including New Orleans, Detroit and New York, civil rights groups, Democratic lawmakers and the White House have all called on federal health officials to release racial data to ensure resources and information are reaching every community affected by the outbreak.

President Donald Trump and Dr. Anthony Fauci, director of the National Institute of Allergy and Infectious Diseases, said during a White House briefing Tuesday that African Americans were being hit hard by the coronavirus, representing a “tremendous challenge” for the nation, according to the president.

“We want to find the reason to it,” Trump said, adding that national data on race and coronavirus cases should be available later this week.

Fauci said existing health disparities have made the outbreak worse for the African American community.

“So we are very concerned about that. It is very sad. There is nothing we can do about it right now except to give them the best possible care to avoid complications,” Fauci said.

Less than a handful of states have released the information, including Illinois, Louisiana, Michigan, New Jersey and North Carolina. Data from these states show blacks are dying at a disproportionately higher rate compared with whites.

“This is a critical issue for us that we’re raising and we’re sounding the alarm,’’ said Hardie Davis, Jr., president of the African American Mayors Association and mayor of Augusta, Georgia.

German hair salons can reopen today. Here’s what it’s like to get a hair cut now.