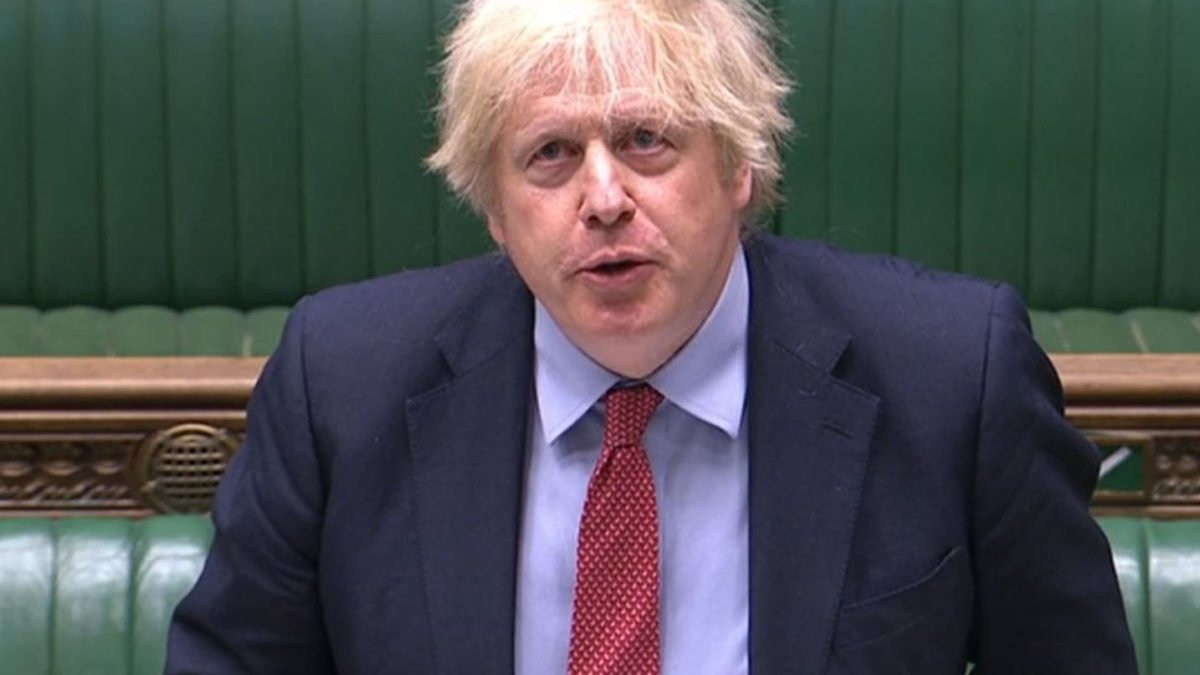 UK Prime Minister Boris Johnson has said it is “absurd and shameful” that a central London statue of Winston Churchill is at risk of attack by “violent” protesters, as he urged people not to join future demonstrations.

The statue of the wartime leader, which sits opposite the Houses of Parliament, was boarded up overnight. It was sprayed with graffiti during last weekend’s Black Lives Matter protest in London.

Johnson said the statue was a reminder of Churchill’s achievement of saving “this country — and the whole of Europe — from a fascist and racist tyranny,” in a reference to his leadership during World War II.

“It is absurd and shameful that this national monument should today be at risk of attack by violent protestors. Yes, he sometimes expressed opinions that were and are unacceptable to us today, but he was a hero, and he fully deserves his memorial,” Johnson said on Twitter.

“We cannot now try to edit or censor our past. We cannot pretend to have a different history. The statues in our cities and towns were put up by previous generations.
“They had different perspectives, different understandings of right and wrong. But those statues teach us about our past, with all its faults. To tear them down would be to lie about our history, and impoverish the education of generations to come.”

Johnson said there were “legitimate feelings of outrage” at the death of George Floyd in the United States, but he urged people to stay away from future protests.

“Whatever progress this country has made in fighting racism — and it has been huge — we all recognise that there is much more work to do,” he said.

“But it is clear that the protests have been sadly hijacked by extremists intent on violence. The attacks on the police and indiscriminate acts of violence which we have witnessed over the last week are intolerable and they are abhorrent.

“The only responsible course of action is to stay away from these protests.”