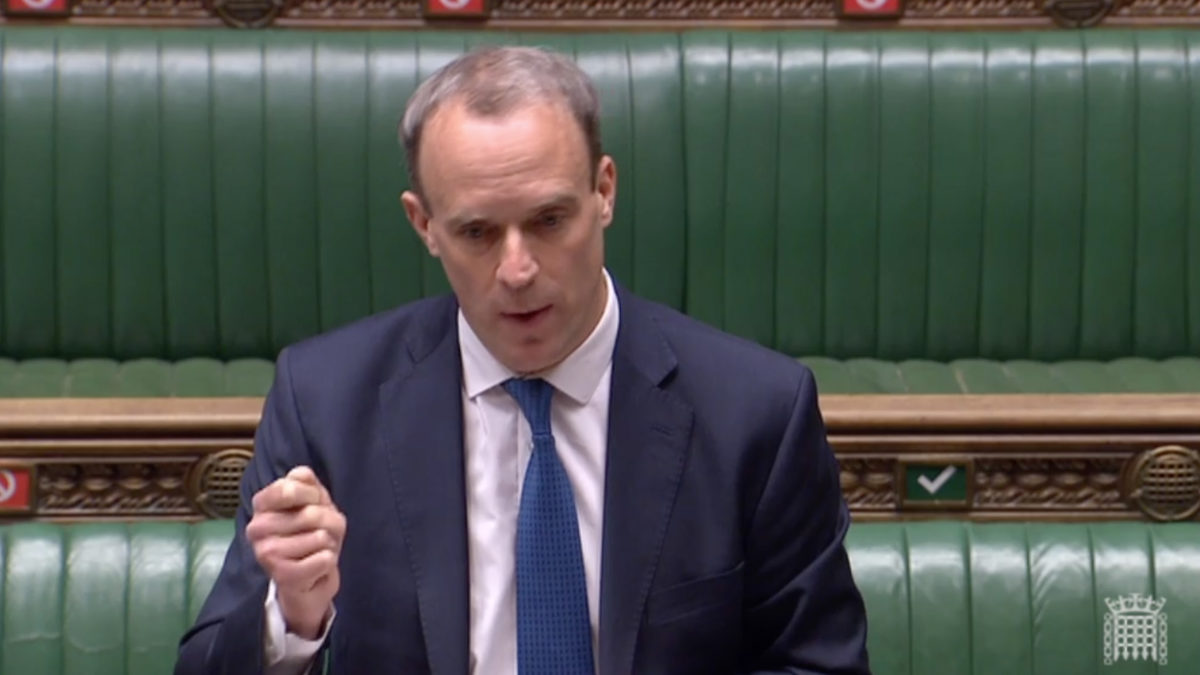 Britain’s first virtual sitting of Parliament began with the First Secretary of State coming under intense scrutiny over the UK’s jarring shortage of coronavirus testing.

Dominic Raab, who is standing in for Boris Johnson while the Prime Minister recovers from Covid-19, said the government is making “good progress” and would meet its target of 100,000 tests a day by the end of April.

But opposition leader Keir Starmer, making his first appearance in the House of Commons since winning the Labour leadership election earlier this month, criticized the government’s pace and pointed out the UK is “way behind” other European nations on testing.

He noted that a mere 18,206 tests were carried out on Monday, with just over a week until the end of April — to which Raab responded that the UK’s capacity for tests is at 40,000 a day.

“I think it’s really important that we fully understand what the First Secretary just said,” Starmer said. “That means that the day before yesterday, 40,000 could have been carried out, but only 18,000 tests were actually carried out.”

“All week I’ve heard from the frontline, from care workers, who are frankly desperate for tests for their residents and for themselves,” Starmer said. “They would expect every test to be used every day … so there’s clearly a problem. Why isn’t the government using all the tests available?”

Criticism over the number of tests carried out, and over shortfalls in protective equipment for health care workers, has been leveled at the government throughout its coronavirus response.

Raab and Starmer, along with a handful of other MPs, were present in the chamber and sat a safe distance from each other. Most lawmakers joined the session remotely, via a video-conference service.

Coping with Covid 19 : how cargo companies and big brands are adapting to the coronavirus

Trump leaves town for Christmas at Mar-a-Lago as Democrats plan to vote on $2,000 stimulus checks