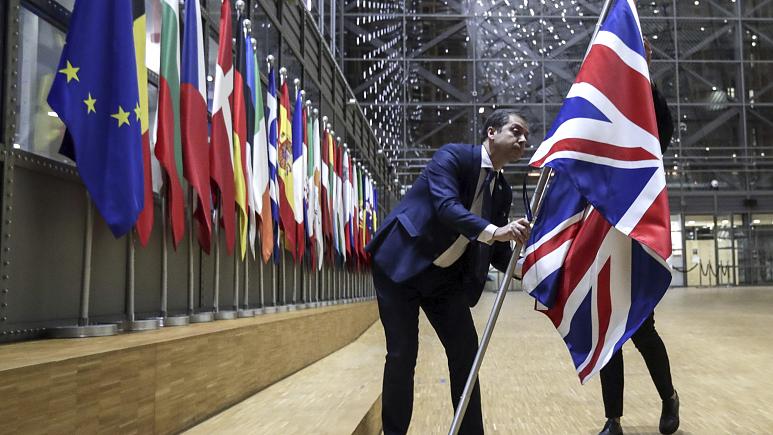 In the 32-page report, published on Friday (March 6), the office said it had asked all 18 central government departments and two non-ministerial departments to provide information on the cost of preparation activities between the Brexit referendum in June 2016 and January 31, 2020, the day the United Kingdom left the European Union.

The main three areas the study focused on were on staff costs, cost of other expertise and external advice and cost of activities such as building new systems and infrastructure, or advertising and communications.

“Of the money spent, £1.9 billion was on staffing costs; £288 million on expertise and external advice; and £1.5 billion on activities such as building new systems and infrastructure,” the report detailed. 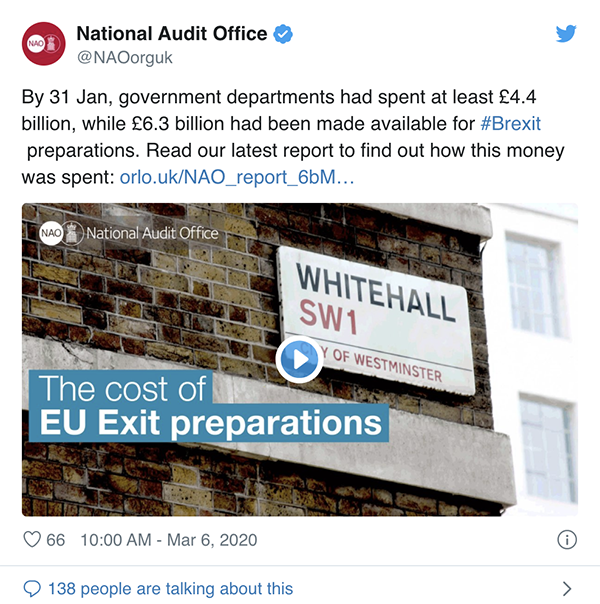 £6.3 billion initially made available
All departments undertook work to prepare for the EU exit, but the scale of preparation and amount spent varied greatly between departments.

Following the June 2016 vote, departments prepared for two scenarios, planning for both a “deal” and a “no deal” outcome.

In a press release, head of the NAO Gareth Davies explained that they “planned for multiple potential outcomes, with shifting timetables and uncertainty.”

“This report provides, for the first time, a clear picture of how much government has spent and what that money has been spent on,” he continued.

Overall spending was broadly in line, as the Treasury made available £6.3 billion to cover the costs of leaving the European Union.

The report shows that departments “reported spending £1 billion less up to 31 January 2020 than their allocation for the 2019-20 financial year,” which can be explained by the evolution of the situation and the growing certainty of a Brexit done.

“When the prospect of no deal diminished, spending was scaled down.”

The report also recounts that over 22,000 staff were working on Brexit at the peak period in October 2019.

This included more than 1,500 people who were moved within government to prepare for a possible no-deal exit. 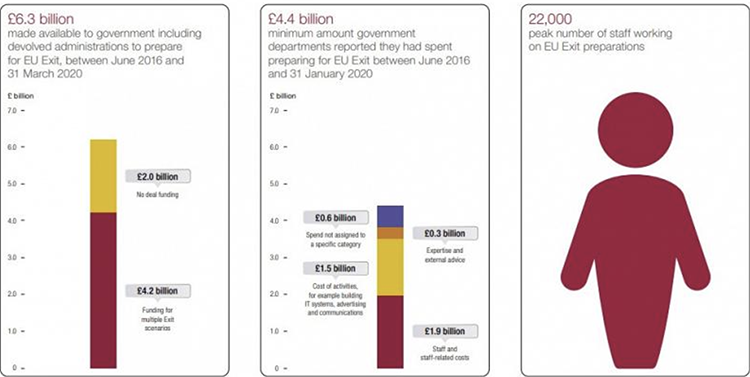 What is the National Audit Office?
The NAO is an independent parliamentary body whose acts as the auditor of bodies funded directly by the British parliament.

It can either officiate through financial audits or Value For Money (VFM) audits. Its main purpose is to help the government make a better use of public money.

Trump threatened to pull funding from WHO. Here’s how health officials have responded to the letter.