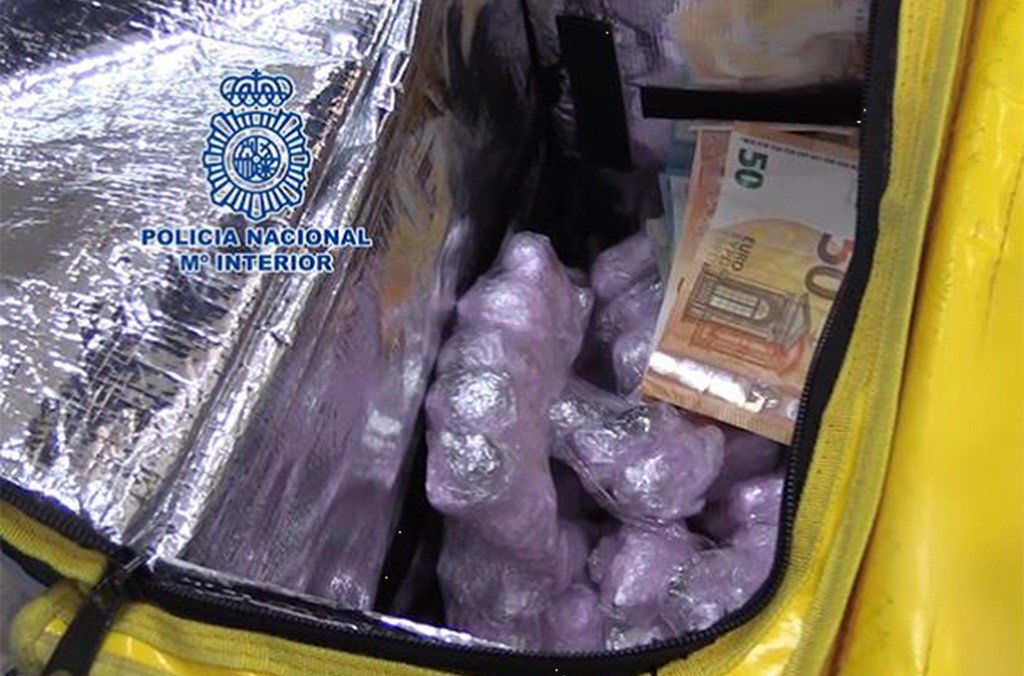 Police in the UK, Ireland, Malaysia and Spain have reported instances of drug couriers posing as food delivery workers, while carrying illicit drugs such as cocaine, marijuana, ketamine and ecstasy, according to the international police organization.

In April, police in Spain arrested seven men dressed as food delivery drivers delivering cocaine and marijuana by bicycle, motorcycle and car. The drugs were concealed in the false bottom of a food delivery backpack, the Interpol report said.

In another case in Ireland, officers recovered 8 kilograms (17 ponds) of cocaine as well as two handguns hidden in pizza boxes.

“Delivery riders may be complicit or unwitting links in drug transportation,” it said in a statement. “In cases brought to Interpol’s attention, suspects were sometimes falsely disguised as food delivery drivers. At other times, legitimate food delivery drivers knowingly and willingly delivered drugs on behalf of criminal organisations for financial gain.”

“In one Malaysian case, a food delivery rider in the Gombak district of Kuala Lumpur contacted police and asked for his food package to be inspected after he became suspicious. The rider had been tasked with delivering a single order of Indian flatbread yet the parcel weighed approximately 11 kilograms.”

10,000 jobs could be at risk as Lufthansa looks to reduce fleet size

NHS boss: ‘I need gowns, can I call Burberry?’

Coronavirus may “never go away,” WHO official says