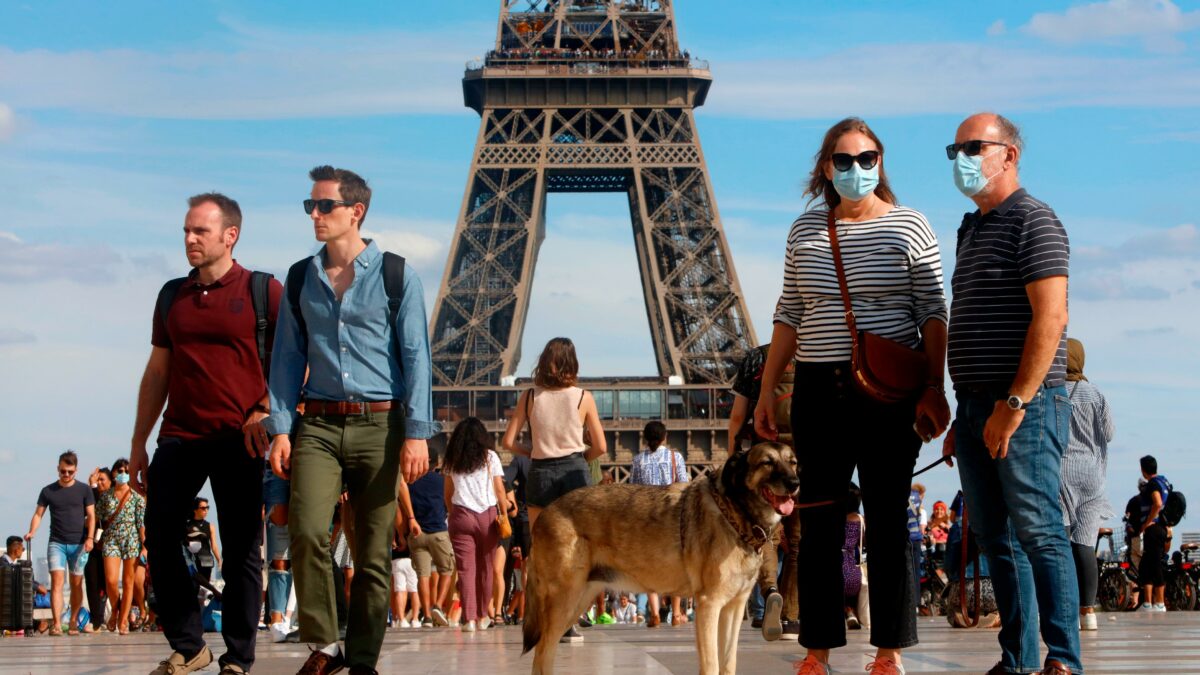 Tourists wearing a protective mask walk a front the Eiffel Tower in France. On August 2, 2020. (Photo by Mehdi Taamallah/NurPhoto via AP)

Coronavirus cases are spiking once again in multiple European countries as governments attempt to reopen nations while containing outbreaks. Here are some of the nations most affected.

Spain has recorded one of the highest increases in coronavirus cases in Europe, with 100.4 cases per 100,000 people recorded over the last 14 days, according to the European Centre for Disease Prevention and Control (ECDC).

Its Aragon region has been particularly hard hit by the resurgence, with 7,139 cases diagnosed in the 14 days up to August 11.

That rate is higher than anywhere else in Spain and one of the worst in Europe, according to the Spanish Ministry of Health and the ECDC.

On Wednesday France recorded its biggest spike in cases since officials eased its pandemic lockdown, reporting an increase of 2,524 cases in 24 hours.

French Prime Minister Jean Castex said Tuesday that the coronavirus situation in the country was “trending in the wrong direction.”

Despite a clear increase in cases, the number of ICU admissions and deaths remains down according to French Minister for Health Olivier Véran.

Germany’s daily new infection tally soared above 1,000 again on Wednesday, after several days with lower numbers, according to data from the country’s center for disease prevention, the Robert Koch Institute, which said the trend was concerning.

The government is now offering free tests for anyone entering the country.

Greece registered its highest daily increase of Covid-19 cases since the pandemic began on Wednesday, with 262 new cases recorded, according to the country’s National Public Health Organization.

The majority of new cases were registered in Athens and Thessaloniki, Greece’s two largest cities.

Philippines to begin clinical trials of Russian vaccine in October