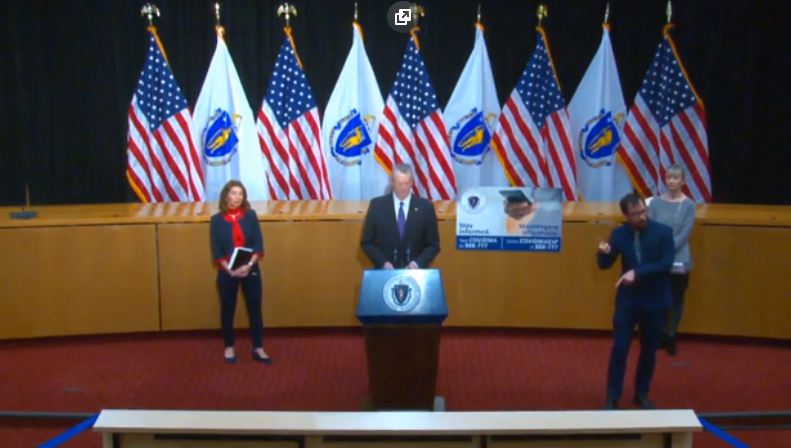 Massachusetts schools will remain closed through the end of the academic year amid the coronavirus pandemic, Gov. Charlie Baker announced during his Tuesday briefing.

Baker extended his earlier order, which closed all schools, public and private, as well as non-emergency child care programs, which will stay closed until June 29. The order does not apply to residential special education schools.

School buildings have been closed, with remote learning taking place instead, since March 16, when Baker first ordered a shutdown amid the growing crisis.

Thirty-four other states have also ordered or recommended school building closures for the rest of the academic year, according to a count from Education Week.

“It’s the right thing to do considering the facts on the ground associated with the COVID-19 pandemic,” Baker said Tuesday. “And at this point in time, there is no authoritative guidance or advisories with respect to how to operate schools safely and how to get kids to and from schools safely. We believe students therefore cannot safely return to school and avoid the risk of transmitting this virus to others.”

The governor said the decision was hard to make and reminded people how this pandemic has upended the lives of Massachusetts students.

“The end of the school year typically represents an exciting time for all students,” he said. “Championship games, field trips, outdoor activities, and other great events, that sometimes happen once in a lifetime, are supposed to fill the calendar, and that’s especially true for high school seniors.”

To the seniors, Baker said he recognizes how hard they’ve worked and the things they’re missing out on.

“They look forward to the so-called last season, whether it’s to play lacrosse, run track, participate in a school play, go to the prom, graduate,” he said. “Because of COVID-19, a lot of this won’t happen, and some of it will happen in ways that are far different than anybody would have imagined it just a few months ago. As the father of three grown children it stings for me, too, because I remember how precious this time is. So to all the seniors, we would just say, ‘You should keep your heads up. The end of the year may not proceed as planned, but there will be, because there always are, brighter days ahead.’”

The governor’s announcement came as unions representing the state’s teachers began calling for schools to stay shut down.

Schools are now faced with a more prolonged move to online learning.

When previously extending school closures to May 4, Baker also announced a partnership between the state Department of Elementary and Secondary Education and WGBH. Educational resources for younger students would be published on the department’s website, he said, while WGBH and WGBY-TV would host educational programming for middle and high school students on their WORLD channel from noon to 5 p.m.

With his extended order, Baker said the department will start preparing summer learning resources for students who are at risk of falling behind grade level and will launch a remote learning initiative providing online tools for both teachers and students to use while at home.

The department is also launching an advisory group led by school officials, business leaders, parents, and students, who will work to create more resources for schools.

Officials said more guidance for remote learning will be announced by Friday.

N.J. woman with coronavirus delivers baby in a coma and lives: ‘I’m extremely grateful that my baby and I are alive’