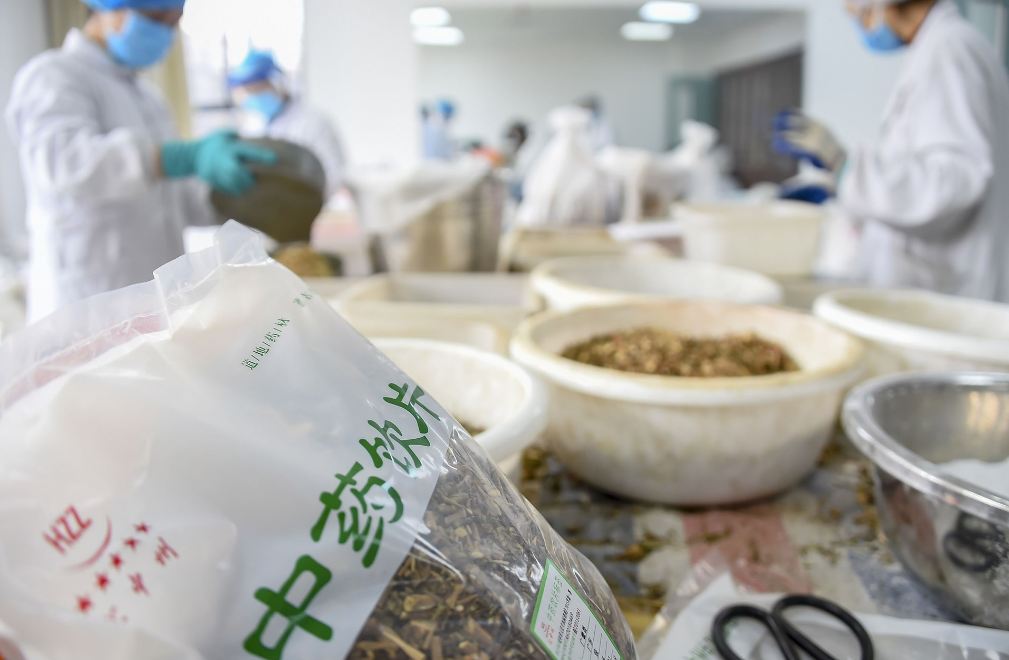 As China appears to emerge from the worst of its coronavirus outbreak, government officials are encouraging the use of traditional medicine for treatment and prevention — a practice experts warned could give the public a false sense of security amid the pandemic.

China’s National Health Commission reported last month that of the more than 80,000 people infected with COVID-19 since the outbreak began in December, 90 percent took some form of traditional Chinese medicine to treat their symptoms.

According to Yu Yanhong, secretary of the State Administration of Traditional Chinese Medicine, speaking at a March 23 press conference in Wuhan, traditional remedies have alleviated symptoms, reduced the severity of the virus, improved recovery rates and reduced mortality rate.

But herbal remedies — which China is exporting as part of its efforts to combat the coronavirus around the world — pose both direct and indirect risks to patients, Dr. Edzard Ernst, a professor emeritus of complementary medicine at the United Kingdom’s University of Exeter, said in an email.

Traditional Chinese medicine has been around for more than 3,000 years and includes a variety of diagnostic approaches, such as the physical examination of a patient’s pulse and tongue, and a range of treatments, including ingesting herbs such as ginseng, and acupuncture.

It accounts for up to half of all medicines consumed in China, according to the World Health Organization. More than 7,000 herbal drugs available through pharmacies are regulated by the National Medical Products Administration.

“It is a legal health system in China which is parallel with Western medicine, and of course, there is also integration between traditional medicine and Western medicine,” Dr. Jianping Liu, professor of clinical epidemiology at the Beijing University of Chinese Medicine, told NBC News.

The main herbal formulas recommended for treatment of COVID-19 are jinhua qinggan capsules, lianhua qingwen capsules and shufeng jiedu capsules, according to Liu.

These remedies consist of a combination of dozens of herbs and a clear breakdown isn’t widely available, Liu said.

The lack of detail about the remedies contributes to doubts over their efficacy, Dan Larhammar, a molecular cell biologist and president of the Royal Swedish Academy of Sciences, said in a phone interview.

“We need to know which specific product is claimed to work and what is the evidence,” he said, before going on to cite the importance of understanding different variations of penicillin.

Russia hits yet another record for new cases