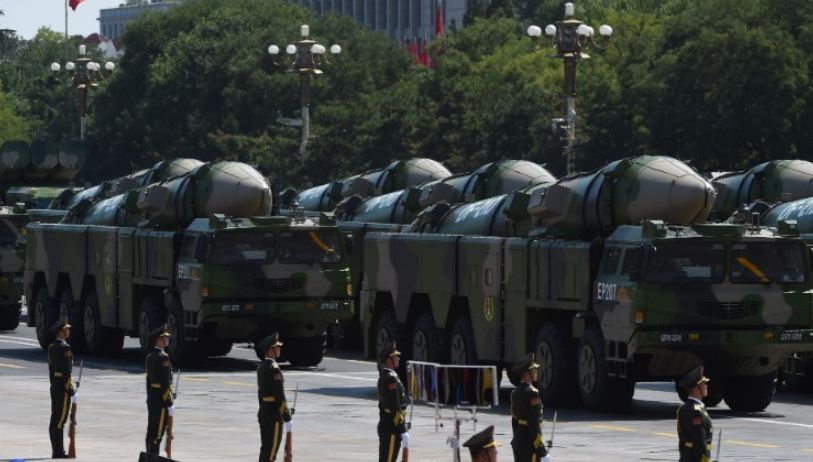 Hong Kong (CNN)China launched a series of ballistic missiles into the South China Sea this week, according to United States defense officials, part of a flurry of military exercises extending thousands of miles along the country’s coastline, as tensions with Washington over the disputed waterway continue to escalate.

Beijing claims almost all of the vast South China Sea as its sovereign territory and has stepped-up efforts to assert its dominance over the resource-rich waters in recent years, transforming a string of obscure reefs and atolls into heavily fortified man-made islands and increasing its naval activity in the region.
China’s territorial ambitions are contested by at least five other countries, and have been rejected outright by Washington which has declared Beijing’s claims to be illegal under international law.
A US defense official told CNN that the Chinese military launched four medium-range missiles from mainland China on Wednesday. The missiles impacted in the northern reaches of the South China Sea between Hainan Island and the Paracel Islands, known as the Xisha Islands in China, the official said.
In a statement Thursday, the Pentagon described the drills as the latest in a long string of Chinese actions intended to “assert unlawful maritime claims” that disadvantage neighboring countries. The comments follow the announcement Wednesday that the US government will impose sanctions on dozens of Chinese companies for assisting Beijing in the development and militarization of artificial islands in the South China Sea.

March on Washington: 'We have only just begun to fight'