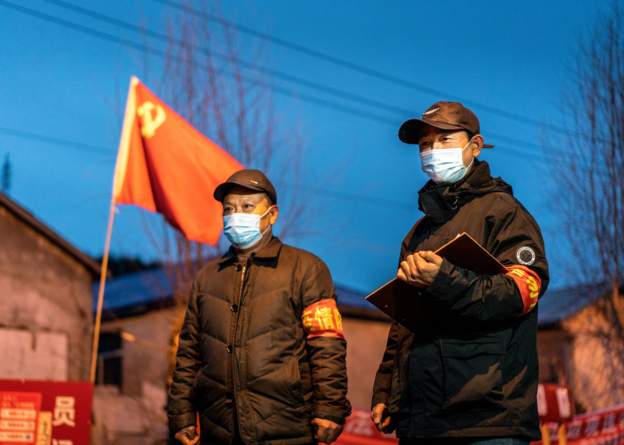 A Chinese city near the Russian border has now “imposed a lockdown on all residential communities and villages”, according to the national Global Times newspaper.

The city of Harbin, which has a population of 10 million people, is implementing strict measures today, similar to those imposed on the central city of Wuhan during the early stages of the Covid-19 outbreak in January.

Media are widely reporting that Harbin’s government has prohibited non-locals, and any vehicles without local licence plates, from entering the city.

Communities and villages have also been instructed to guard compounds, and to ensure that anybody entering or leaving can prove that they are healthy.

Residents must not go out without a mask, and they are now being told they must comply with temperature checks.

Global Times says that residents are encouraged to report any known returnees who fail to comply with these procedures.

It says they should be electronically monitored.

There are currently 52 confirmed cases in Harbin.

Yesterday, state media reported that 4,106 people had recently been screened for the virus, after two clusters of Covid-19 infections were discovered at hospitals there.

These have been traced back to a Chinese student who returned from New York in mid-March.