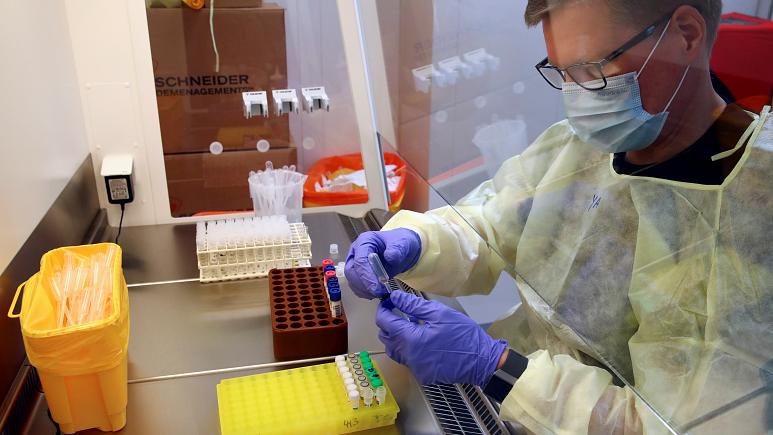 Europe has begun clinical trials of experimental drugs to treat COVID-19 in thousands of patients including a much talked about antimalarial drug, chloroquine.

The trials will include 3,200 patients in the Netherlands, Belgium, Luxembourg, the United Kingdom, France, and Spain. There will be 800 patients in France, where clinical trials were launched this past weekend.

“The list of these potential drugs is also based on the list of experimental treatments classified as priority by the World Health Organization,” said infectious diseases specialist Florence Ader at infectious and tropical diseases department of Lyon’s Croix-Rousse hospital.

Ader is leading the French portion of the trials which she says will be flexible meaning that “ineffective experimental treatments can be abandoned and replaced by [others] that emerge from research.”

Multiple studies starting of antimalarial drug
The clinical drugs include a test of hydroxychloroquine, a drug that has been talked up by several media organisations for its potential effectiveness in treating COVID-19.

It’s a less toxic version of an antimalarial drug chloroquine which has been around since the 1940s.

“I have authorised several clinical trials in France including a test of choloroquine for hundreds of sick patients who are hospitalised. I will communicate any positive or negative result,” said France’s health minister Olivier Véran over the weekend.

The drug had been used to treat 24 people in Marseille with COVID-19 at a university hospital institute and the preliminary results of that trial were published on March 20 in the International Journal of Antimicrobial Agents.

The study concluded that despite the small sample size, the treatment with a type of chloroquine (hydroxychloroquine) and an antibiotic showed a “reduction/disappearance” of the virus in several patients.

“After six days, there was a very significant difference between those who were treated versus not-treated,” said infectious disease expert Didier Raoult who runs the institute in Marseille where the small trial was carried out. He said 75% of the patients got better with the treatment.

He said that some patients also showed significant improvement within 48 hours. The university hospital institute now says it will treat all patients it receives with the drug therapy.

But many experts have said it is too early to tell if the drug is effective.

“This is not the first epidemic of a virus where we have [a sign of] hope about a treatment and it turns out that it [didn’t work out] after all. Hope is enough for me today to do everything so that we can verify if it works or not,” said France’s health minister Véran.

The World Health Organization (WHO) warned countries on Monday against “untested treatments”.

“There is currently no treatment that has been proven to be effective against COVID-19,” WHO director-general Dr Tedros Adhanom Ghebreyesus said, while commending the energy put forth into clinical treatments.

“Using untested medicines without the right evidence could raise false hope,” he continued, stating that it could lead to a shortage in medicine needed for other diseases.

Françoise Barré-Sinoussi, who won the Nobel prize for her contribution to discovering HIV, told Le Monde that serious research on the subject was needed and that there were many methodological weaknesses in the Marseille study.

She added that she was waiting for the results of the clinical trials starting in Europe which are being done in accordance with medical study “regulations”.

“No one in the medical world is saying that Professor Raoult is wrong to think that chloroquine can be an effective treatment against the coronavirus, but medicine isn’t practiced through publications [in the media], it isn’t practiced based on a trial of 24 patients,” said Michel Cymes, a head and neck surgeon and French medical commentator in an interview with RTL.

The French researchers say that the need for treatments is urgent.

“There is an urgent need for an effective treatment to treat symptomatic patients but also to decrease the duration of virus carriage in order to limit the transmission in the community,” the doctors in Marseille wrote.

But US President Donald Trump recently came under criticism for stating that the drug was effective and set to be approved in the United States.

Indeed the drug had previously been studied in laboratories in China and is currently the subject of a randomised University of Minnesota study with 1,500 participants to find out if it is effective.

But most say more research on the subject is needed.