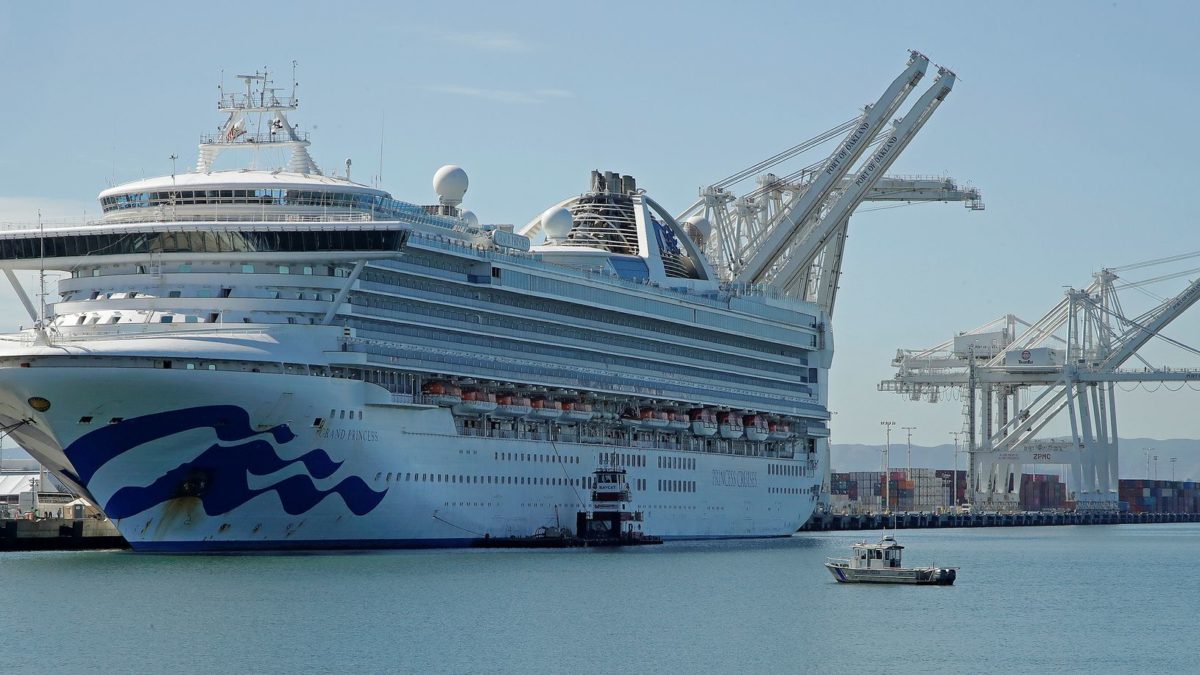 FORT LAUDERDALE, Fla. (AP) — The U.S. Coast Guard has directed all cruise ships to prepare to treat any sick passengers and crew on board while being sequestered “indefinitely” offshore during the coronavirus pandemic.

The new rules require daily updates on each ship’s coronavirus caseload for vessels in U.S. waters, and come with a stiff warning: Any foreign-flagged vessels “that loiter beyond U.S. territorial seas” should try first to medically evacuate the very sick to those countries instead.

Many of South Florida’s cruise ships are registered in the Bahamas, where hospital capacity is limited and people are still recovering from last year’s Hurricane Dorian.

The rules, which apply to any vessel carrying more than 50 people, were issued in a March 29 safety bulletin signed by Coast Guard Rear Admiral E.C. Jones, whose district includes Florida, Georgia, South Carolina and Puerto Rico.

Dozens of cruise ships are either lined up at Port Miami and Port Everglades or waiting offshore due to the coronavirus pandemic. Most have only crew aboard, but Carnival Corp., which owns nine cruise lines with a total of 105 ships, notified the SEC Tuesday that it has more than 6,000 passengers still at sea, on three ships that will soon arrive in Fort Civitavecchia, Italy, and Southampton, England, as well as Fort Lauderdale.

Federal, state and local officials have been negotiating over whether Carnival’s Holland America cruise ships, the Zaandam and Rotterdam, would be allowed to dock at Port Everglades this week. But the company’s Coral Princess is coming, too, with what that ship’s medical center called a higher than normal number of people with flu-like symptoms.

Two of four deaths on the Zaandam were blamed on COVID-19 and nine people have tested positive for the novel coronavirus, the company said. At least 190 more reported symptoms. More than 300 Americans are on Zaandam and Rotterdam.

Florida Gov. Ron DeSantis said Tuesday that the state’s healthcare system is stretched too thin to take on the Zaandam’s coronavirus caseload. “Just to drop people off at the place where we’re having the highest number of cases right now just doesn’t make a whole lot of sense,” DeSantis said.

Wuhan has tested more than 400,000 people for Covid-19 since citywide campaign began

Coronavirus: Trump says US reopening, ‘vaccine or no vaccine’