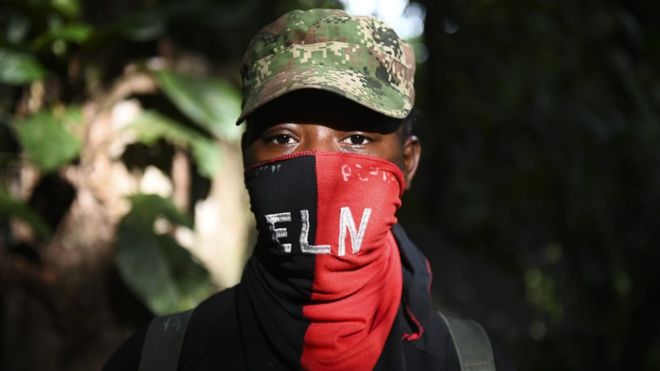 The left-wing National Liberation Army (ELN) rebel group in Colombia has declared a unilateral ceasefire for a month starting on 1 April.

The rebels said the ceasefire was a “humanitarian gesture” amid the coronavirus pandemic.

More than 700 people have tested positive for the virus in the Andean country and 10 have died.

The rebel group said it was also open to reviving suspended peace negotiations with the government.

“We declare an active unilateral ceasefire for a month, from 1 to 30 April in a humanitarian gesture of the ELN with the Colombian people, who’re suffering from devastation because of the coronavirus,” the statement reads.

The ELN also said that it wants to meet representatives of the government of President Iván Duque to discuss an extension to the ceasefire.

The rebels said they had been inspired to make the move by UN Secretary-General António Guterres’ appeal on 23 March for “an immediate global ceasefire in all corners of the world”. 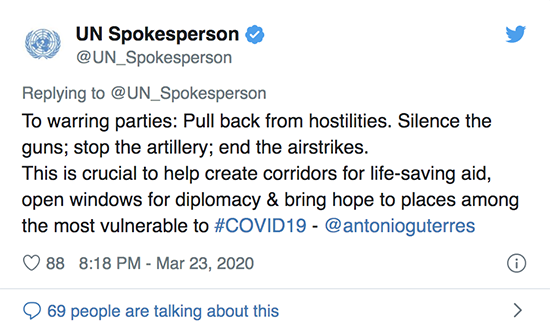 The foreign ministry of Norway, a country which has acted as a facilitator in peace talks in Colombia in the past, welcomed the temporary ceasefire and called it an “important step in support of [the] vulnerable population & everyone who struggles for peace”.

The ELN has been fighting the Colombian state for more than 50 years and previous attempts at reaching a peace deal have faltered.

Over the decades, the guerrilla group – which was originally founded to fight Colombia’s unequal distribution of land and riches – has attacked large landholders and multinational companies. It has also repeatedly blown up oil pipelines. 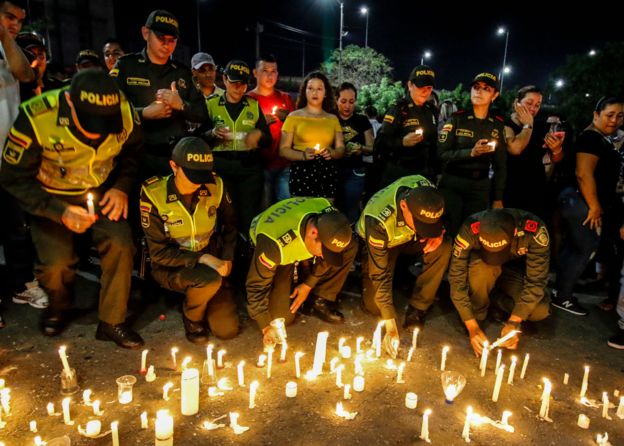 Its strongholds are in rural areas in the north and on the border with Venezuela. It is much smaller than Colombia’s more well-known left-wing rebel group, the Revolutionary Armed Forces of Colombia (Farc), which signed a peace agreement with the government in 2016.

Coronavirus: Brazil's Bolsonaro in denial and out on a limb