Home > News > World > Coronavirus: A visual guide to the pandemic 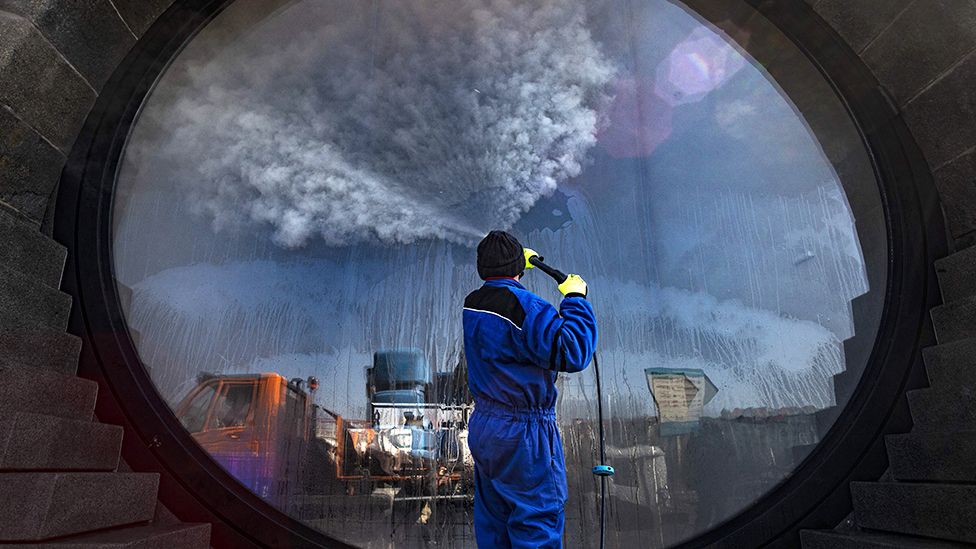 The United States now has more confirmed cases than any other single country, including China where the disease emerged in December 2019.

Europe has also recorded hundreds of thousands of infections, with Italy and Spain worst affected.

This series of maps and charts will help you understand what’s going on.

How many deaths and recoveries have there been?
The virus is spreading rapidly in many countries and the death toll is still climbing – but the majority of people are recovering from the infection.

The country with the highest number of cases is the US, according to figures collated by Johns Hopkins University. It is fast approaching 200,000 confirmed cases, which is more than double the official number in China.

Around 3,300 people have died in China – but the US, Italy, Spain and France now have higher death tolls. 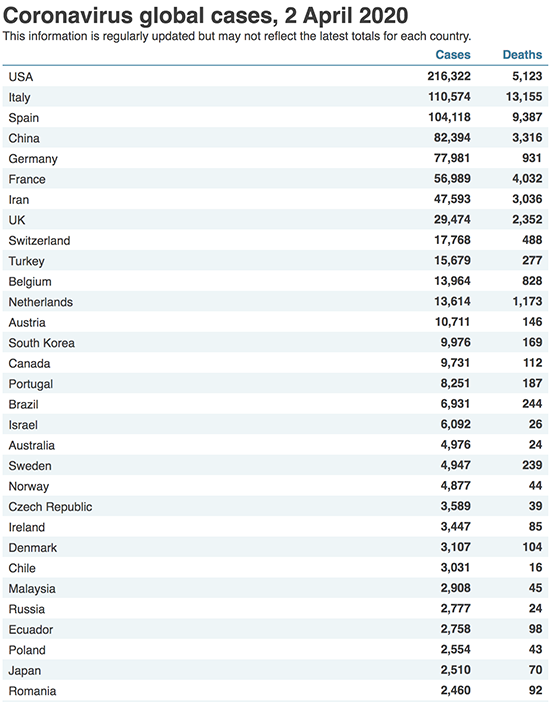 The outbreak was declared a global pandemic by the World Health Organization (WHO) on 11 March. This is when an infectious disease is passing easily from person to person in many parts of the world at the same time.

The WHO said it took more than three months to reach the first 100,000 confirmed cases worldwide, but the number has increased by more than 100,000 just in the past two days.

The true figure for the number of people with coronavirus is thought to be much higher as many of those with milder symptoms have not been tested and counted.

China says it has now all but stopped the spread of the disease and the authorities have started to allow some access to Wuhan, the city in Hubei province where the outbreak began.

South Korea, where a major outbreak began in February, has also seen its number of cases fall in the last couple of weeks.

But badly affected countries like Italy, Spain and the US are still ramping up measures to try to slow down the spread of the virus.

Governments across the world have halted flights, locked down towns and cities and urged people to stay at home.

India and Saudi Arabia have begun strict lockdowns, while similar restrictions on the movement of people have been put into place across Europe.