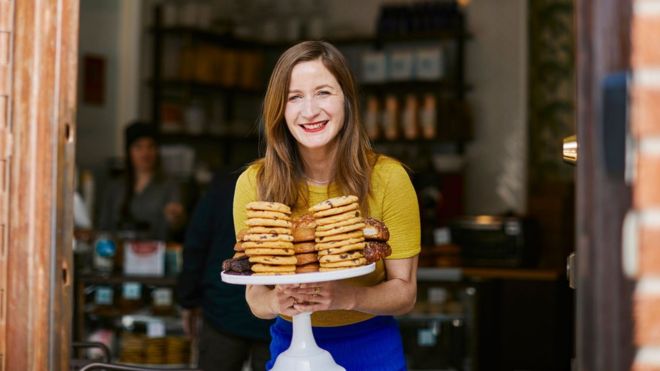 America approved an unprecedented $349bn in relief last month aimed at helping small firms through the coronavirus lockdowns. On Thursday, less than two weeks after the programme’s start, the money ran out, overwhelmed by demand.

The White House has requested an extra $250bn, but the relief has stalled as Democrats and Republicans in Congress fight over how to target the funds.

Now millions of business owners across the country are wondering how they will continue.

“What I fear the most is not being able to survive,” says Agatha Kulaga, co-founder of New York bakery Ovenly.

The business, which started in her kitchen in 2010, has grown into four shops, 67 employees and some 150 wholesale clients, including major grocers like Whole Foods. Its fifth location was supposed to open at the city’s biggest airport this month.

But in March Ms Kulaga shut her doors and laid off her staff, responding to health concerns and the drop in sales as the state restricted activity to try to slow the spread of the virus.

She has since applied to about 20 different aid programmes, including the new federal programme, which offers loans that do not need to be repaid if firms use 75% of the money for paying staff. Companies can re-hire former employees who have been laid off to qualify.

“We had serious momentum and when this happened, it’s obviously devastating,” she said.

‘Losing faith’
As many as a quarter of small businesses fear they will not be able to survive more than two months of shutdown, according to surveys by the Chamber of Commerce and other organisations.

Such failures would dramatically alter the economic landscape in America, where 30 million small businesses employ almost half the country’s workforce. 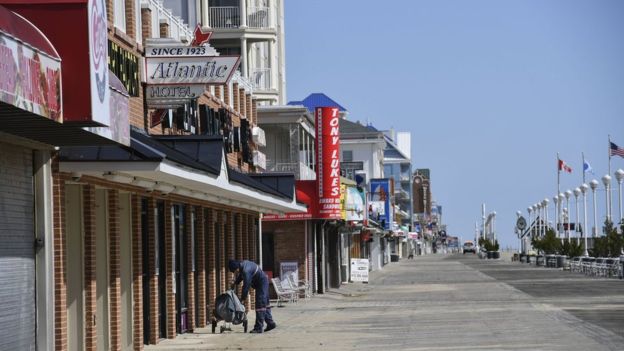 Main Street America, which represents commercial districts with about 300,000 small firms, found that 7.5 million firms employing more than 35 million people are at risk of failure in the next five months.

“Small businesses are really losing faith that the government is going to be able to support them through this crisis,” says Patrice Frey, the organisation’s president. “That translates into massive job losses and ultimately undermines the strength of the American economy on the other side of this.”

Rescue effort
Washington, which approved the $349bn in small business loans last month as part of a bigger $2tn relief bill, is well aware it has a crisis on its hands.

Even before running out of money, the programme – called the Paycheck Protection Program because the loans don’t need to be repaid if firms use them primarily to keep workers on staff – had faced problems, including delays at some of the banks through which the government is distributing the money and criticism that the money was not reaching the smallest, most needy firms.

Delays have also beset a separate low-cost loan scheme offered directly by the Small Business Administration through an expansion of a programme created to address disasters like hurricanes.

The Federal Reserve has also announced its own “Main Street” loan programme. But the central bank’s plan, while unprecedented, is expected to reach more mid-size firms, not the small “mom-and-pop” shops experts say face such risk.

The government and many banks say some problems should be expected given the speed of roll-out. More than 1.6 million loan applications were approved for more than $339bn, the Small Business Administration said.

In the UK by comparison, banks and other financial institutions had loaned a total of about £1.1bn through the government scheme as of Wednesday.

“I think it’s really kind of exceptional that the government could move that quickly and that effectively,” JP Morgan Chase boss Jamie Dimon told reporters this week, when his bank announced it had disbursed more than $9bn of roughly $37bn requested by some 300,000 applicants.

‘The threat is real’
New Yorker Fonda Sara, who has run the Zuzu’s Petals flower shop in Brooklyn for more than 40 years, is one of the people still waiting for a response from her bank about the pay cheque protection programme. 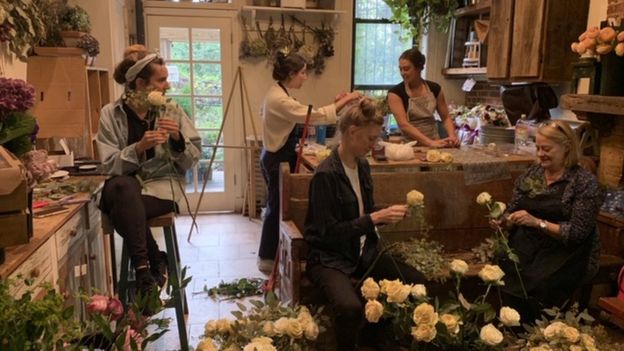 But even if she is ultimately approved for funds to cover wages for herself and another full-time staffer, Ms Sara says the help will do little to offset her losses as rent, utilities and other bills pile up while she misses out on spring – typically her busiest season.

“No matter what financial aid I get from the city and the federal government, it will never be enough to sustain me or restore me,” she says.

“The only thing that will help me is if when I reopen my sales return to the state they were in before the shutdown and honestly no one knows if that will happen.”

Ms Kulaga, who is waiting for funds after being approved for a $410,000 pay cheque protection loan, said the rules for how the money should be spent – quickly and primarily on wages – means that it will be of limited use to companies like hers, which have already cut workers and don’t know when they will be able to re-open.

The 40-year-old says she has considered re-hiring so that her staff receive the benefits, but “if we are not re-opened in eight weeks they would have to be laid off again and have to reapply for unemployment benefits.” Meanwhile, the company’s other expenses are mounting.

While laying off staff was “a difficult decision, it was one… that was required in order to preserve our cash… so that we can actually survive while we are closed and also be prepared to re-open when the time comes,” she says.

“I hope that we can reopen and I do believe that we can, but, at the same time the threat is real,” she says.