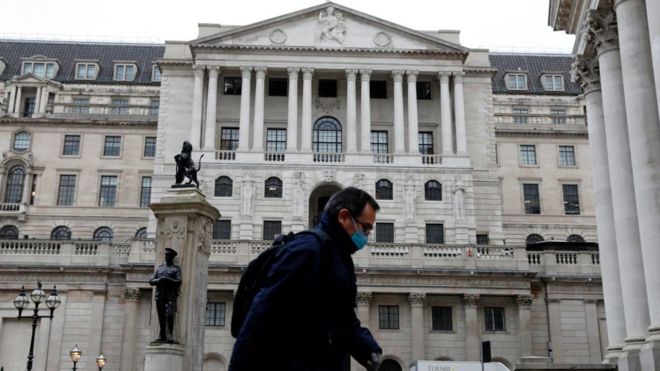 Some of the UK’s biggest banks have agreed to scrap dividend payments and hold onto the cash, which may be needed during the coronavirus crisis.

The Bank of England welcomed the decision to suspend the payments to shareholders and urged the banks not to pay bonuses to senior staff either.

The banks, which include NatWest, Santander and Barclays, were due to pay out billions to shareholders.

But in recent days they have come under pressure to hold onto the money.

‘A sensible step’
The deputy governor of the Bank of England, Sam Woods, wrote to some banking bosses asking them to suspend dividend payments. He asked them to confirm their decision by Tuesday evening.

In a statement, the Prudential Regulation Authority, which is part of the Bank of England, said: “Although the decisions taken today will result in shareholders not receiving dividends, they are a sensible precautionary step given the unique role that banks need to play in supporting the wider economy through a period of economic disruption.”

Between them, Lloyds, Royal Bank of Scotland, Barclays, HSBC and Standard Chartered were expected to pay a total of £15.6bn to shareholders, according to analysis from investment firm AJ Bell.

But they will now retain those funds and not pay out any money to shareholders until at least the end of the year, which the Bank of England said “should help the banks support the economy through 2020”.

Many economists are predicting that the UK, in common with other large economies, will enter a recession this year, with output set to plummet.

Last week, a closely-watched early indicator of economic activity fell to its lowest ever reading. That led economists at Capital Economics to predict a 15% contraction in the UK’s economy during the second quarter of the year.

‘Prudent’ move
Stephen Jones, chief executive for UK finance, the trade body for banks and finance companies, told the Today programme that banks were considering scrapping dividends before the Bank of England mandated it.

“It’s very prudent for banks to be retaining capital rather than distributing it in the current environment,” he said.

Losses will increase on existing loans, he said, meaning lenders need a bigger buffer to protect deposits and keep the bank running.

“It’s important that the banks are given as much firepower as they can to support the economy,” he added.

However, the Bank said it did not expect the cash to be needed, noting that the banks had more than enough money in reserve to deal with both a global recession and a shock in the financial markets. 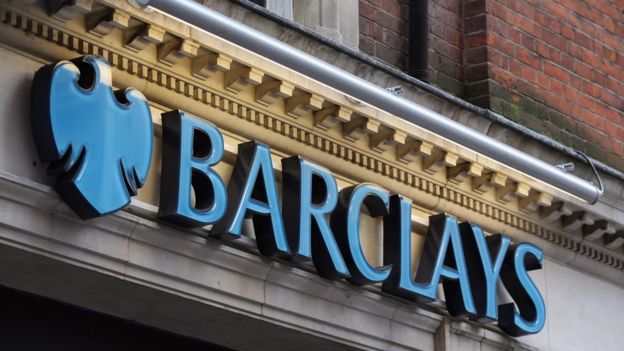 Banks were criticised during the financial crisis 12 years ago when they paid dividends months before needing the biggest bailouts in history.

Since then, banks have been forced to hold more capital to prevent the need for more public money to be spent on them, although not all banks have fully recovered. The government still owns 62% of Royal Bank of Scotland, for example.

Barclays’ investors will be the first to be affected by the halting of dividends. Its shareholders had been due to share a payment of more than £1bn on Friday.

“The bank has a strong capital base, but we think it is right and prudent, for the many businesses and people that we support, to take these steps now, and ensure that Barclays is well placed to continue doing what we can to help through this crisis,” he added.

UK consumers are protected up to £85,000 per bank under the Financial Services Compensation Scheme. In other words, if a bank collapses, savers will get any money in these accounts up to £85,000 paid back in compensation.

This is a significant move from the commercial banks.

They decided not to pay shareholders several billion pounds worth of dividends after receiving a firmly-worded letter from the Bank of England, which wants the banks to hold on to the money to support lending in the economy. And, with some of the payments due to be made in just days, the impact will be felt almost immediately by some shareholders.

The Bank of England’s watchdog, the Prudential Regulation Authority, also made clear that it does not expect any of the UK commercial banks to pay cash bonuses either, although that is yet to be agreed.

The logic here is to preserve cash for where it is needed, but the regulator has also been making the point that this crisis is a moment of potential redemption for the sector. The banks have the opportunity to distance themselves from the financial crisis, which they created, to become the economic saviours of the coronavirus crisis. But that depends on them preserving cashflow, overdrafts and funding lines to businesses that will become viable again once the pandemic passes.

For example, the chancellor’s freelance worker scheme will result in substantial cash sums being deposited in bank accounts, but not until June, and much depends on banks keeping workers financially afloat until then.

The cancellation of dividends also piles on the pressure for other sectors that have received money for furloughing workers – or even more direct government backing – to also consider scrapping their dividend payouts.

“These are difficult decisions, not least in terms of the immediate impact they will have on shareholders,” said Barclays chairman Nigel Higgins.

“The bank has a strong capital base, but we think it is right and prudent, for the many businesses and people that we support, to take these steps now, and ensure that Barclays is well placed to continue doing what we can to help through this crisis.”