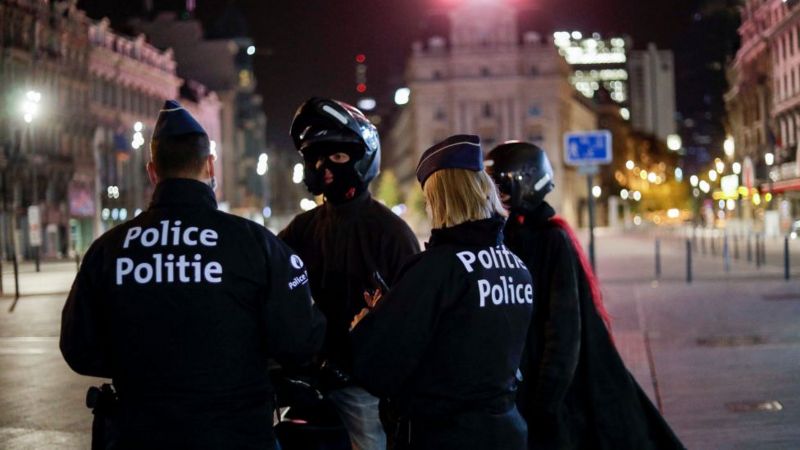 Belgium could soon be overwhelmed by new coronavirus infections, the health minister has warned, amid soaring case numbers across the country.

Frank Vandenbroucke said new cases were close to a “tsunami” where authorities “no longer control what is happening”.

New measures to try to halt the spread came into force on Monday. All bars and restaurants are closed for four weeks.

Infection numbers are climbing throughout Europe, prompting new restrictions across the continent.

Italy announced a raft of measures on Sunday after recording its highest daily infection rate, while nine major French cities have been placed under curfew.

The Czech Republic – which has the highest infection rate on the continent – is considering a full national lockdown.

And the Republic of Ireland is to move into the highest level of coronavirus restrictions from midnight on Wednesday for six weeks.

How bad is it in Belgium?
Belgium was one of the worst-hit countries during Europe’s first wave of coronavirus earlier this year.

Overall it has the third-highest number of Covid-related deaths per 100,000 people globally, behind only Peru and San Marino, according to Johns Hopkins University data.

From Monday, under new government restrictions designed to tackle the fresh outbreak, residents will only be allowed to see one other person from outside their household and should work from home if possible.

A curfew is in place from midnight until 05:00 for the next month and alcohol sales are banned from 20:00.

Mr Vandenbroucke described the situation in the capital Brussels and in the south of the country as “the most dangerous in all of Europe”.

The government “has only one message to the public: protect yourself, protect your loved ones, so as not to be contaminated”, he told broadcaster RTL.

According to the Belgian health institute Sciensano, Belgium has recorded an average of 7,876 new daily infections over the last seven days, a 79% rise on the previous week. Last Tuesday the country reported 12,051 cases in 24 hours, its highest daily figure since the pandemic began.

Hospitalisations have also risen, with 2,485 people in hospital with Covid-19 on Monday. Officials warn that if cases continue to rise at the same rate, Belgium will fill its capacity of 2,000 intensive care beds by mid-November.

“The situation is serious,” Prime Minister Alexander De Croo told RTL. “It is worse than on March 18 when the lockdown was decided.”

What about elsewhere?
Poland – which was praised for successfully controlling the virus in March and April – saw new infections rise to nearly 10,000 a day last week.

On Monday the government announced it was opening a field hospital at the national stadium in Warsaw and said the armed forces would be deployed to man drive-through testing facilities.

Health Minister Adam Niedzielski said that other major cities were also working to set up new hospitals. The country was preparing “for the worst-case scenarios – such as 15,000 or even 20,000 new infections” each day, he said.

The head of the ruling Law and Justice (PiS) party, Jaroslaw Kaczynski, went into self-isolation on Monday after coming into contact with an infected person.

The Czech Republic is also battling soaring case numbers. On Friday the country reported a record 11,100 new cases in the past 24 hours, and the European Centre for Disease Prevention and Control says the country has the highest 14-day cumulative number of Covid-19 cases per 100,000 people across the continent.

More people have reportedly died with the virus since the start of October than throughout the past eight months combined.

This week restaurants and bars have been ordered to shut except for takeaway, schools have switched to remote learning and theatres, sports clubs and cinemas have been closed.

Deputy Prime Minister Karel Havlicek said on Sunday the government would wait until restrictions show an impact before considering a full lockdown.

“We have clearly said we will wait [until November] for results,” he said.

In Prague about 2,000 football fans – including militant supporters known as ultras – clashed with police on Sunday during demonstrations against the restrictions. 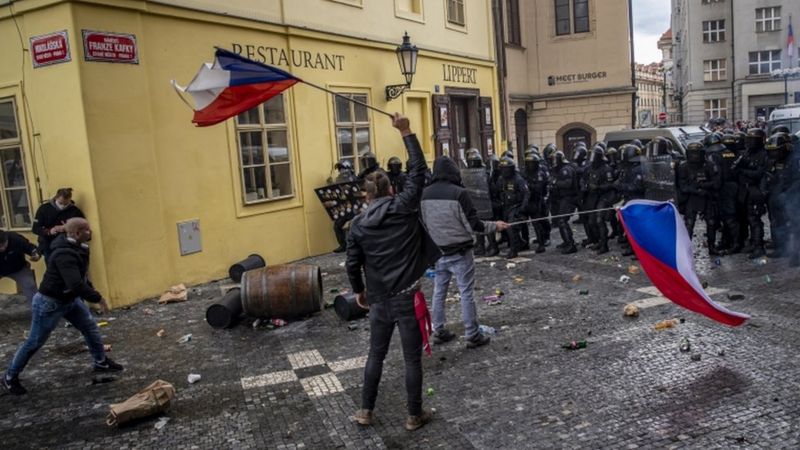 After criticism, Indian government to cover most train fare for stranded workers

Coronavirus: Should the world worry about Singapore’s virus surge?