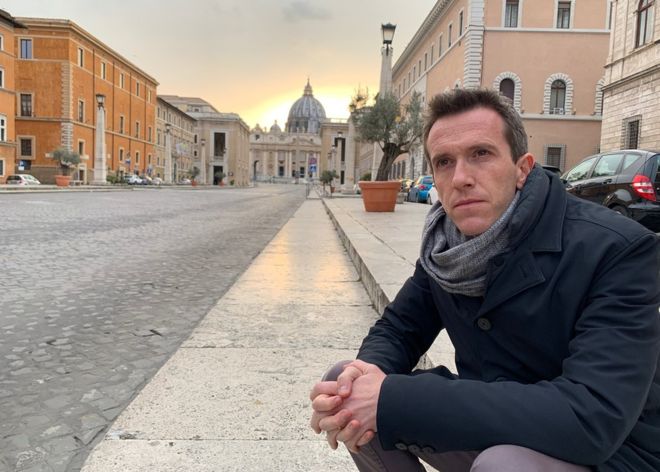 Across the Continent, Europeans are facing a barrage of restrictions on their freedoms as the authorities struggle to stop the new coronavirus spreading further. BBC correspondents describe the challenges faced in the cities where they live.

Spaniards do their best amid worsening crisis
Fear and uncertainty have encouraged residents to largely comply with a national lockdown which means they are not allowed out without a justifiable reason.

Madrid is at the heart of Spain’s pandemic. With about half of the country’s deaths, it has seen hotels and a massive conference centre converted into makeshift hospitals and an ice rink turned into a morgue.

A few shoppers go in and out of supermarkets and stay 1m (3ft) apart at the checkout. At pharmacies only one or two customers are allowed inside at a time, so queues of masked people snake out onto the street. 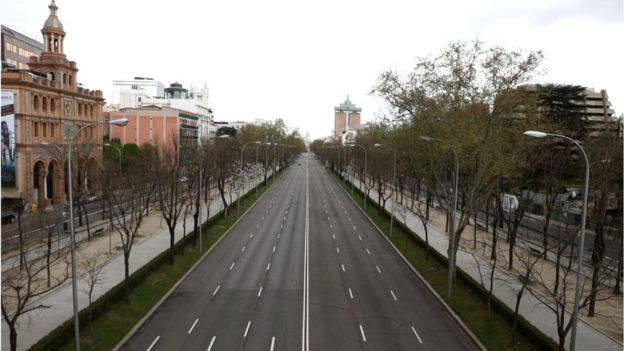 Police enforce the restrictions and thousands of people have been fined. But the response has mostly been positive and the hashtag #QuedateEnCasa (stay at home) has caught the imagination. A wealth of specially created online activities has emerged to make the confinement more bearable for both parents and kids.

Grandparents play a huge role in childcare in Spain and there is widespread sympathy that they cannot be with their grandchildren.

At eight o’clock every night, Spaniards applaud the healthcare workers who are battling the virus.

Eternal city stilled as catastrophe grips Italy
I peer out of my window to see how long the queue is for the supermarket next door. If it’s more than 10 people, that could mean a half-hour wait to be let in one by one. As it happens, it’s shorter, so I nip down.

It’s calm and orderly. People chat while waiting, sharing surreal experiences. There’s no hoarding or panic buying. The toilet roll shelves have a few gaps but everything is still available. 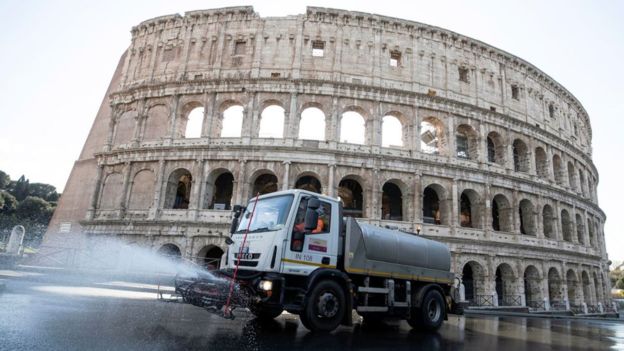 Outside, trams and buses still run – but they’re almost empty. Rome’s cobbled streets are pretty deserted. Movement is restricted to urgent medical or professional need. Police make spot checks on papers to justify why people are out. I was stopped on a run and told I could only exercise within 300m of my home. It’s reminiscent of wartime curfews.

Tourist sites are silent. In some ways, it’s a privilege to see the beauties of Rome so quiet – if it weren’t for the catastrophic circumstances that have made them so.

Italy's inspiring response to the coronavirus

Italy’s Lombardy region to reopen restaurants and shops on Monday