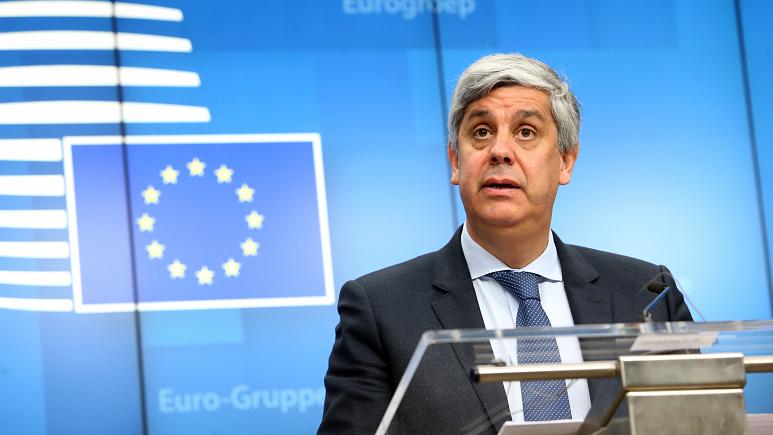 EU Finance ministers agreed on Thursday to a common emergency plan to limit the impact of the coronavirus pandemic on the European economy.

EU member states have agreed to an emergency response plan of €500 billion.

“This proposal contains bold and ambitious proposals that would have been unthinkable just a few weeks ago”, the Portuguese Finance minister and president of the Eurogroup Mario Centeno said in a video conference on Thursday.

“We can all remember the response to the financial crisis of the last decade, when Europe did too little too late. This time around is different.”

The proposal, he added, “implements the strong response that Europe needs”.

Shortly after they reached an agreement, finance ministers enthusiastically announced the news on social media.

“500 billion euros will be made available immediately. A stimulus package is to come. Europe is standing up to face the seriousness of the situation.”

Le Maire added: “This is an important day for Europe.” 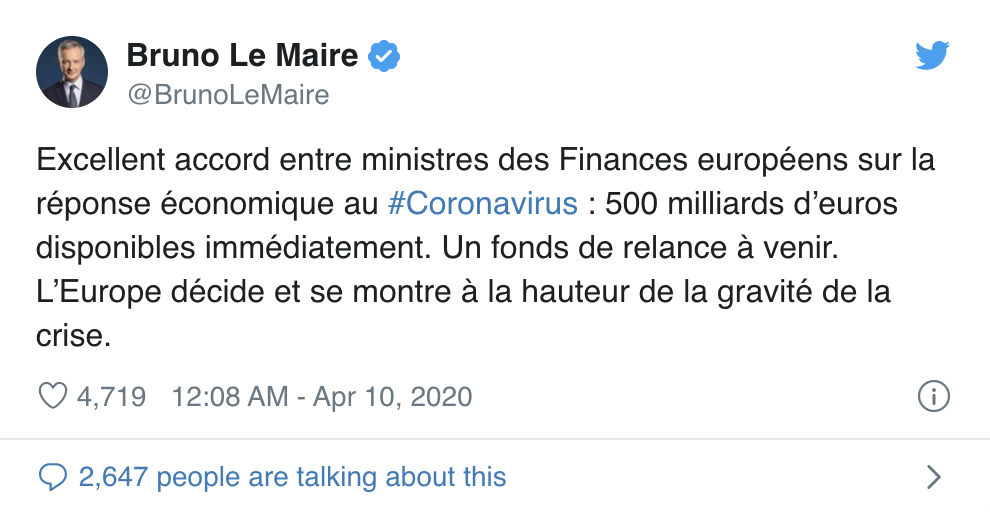 “We will present an ambitious plan to the European Council”, Italy’s Finance minister Roberto Gualtieri said. “We will fight to make it a reality.” 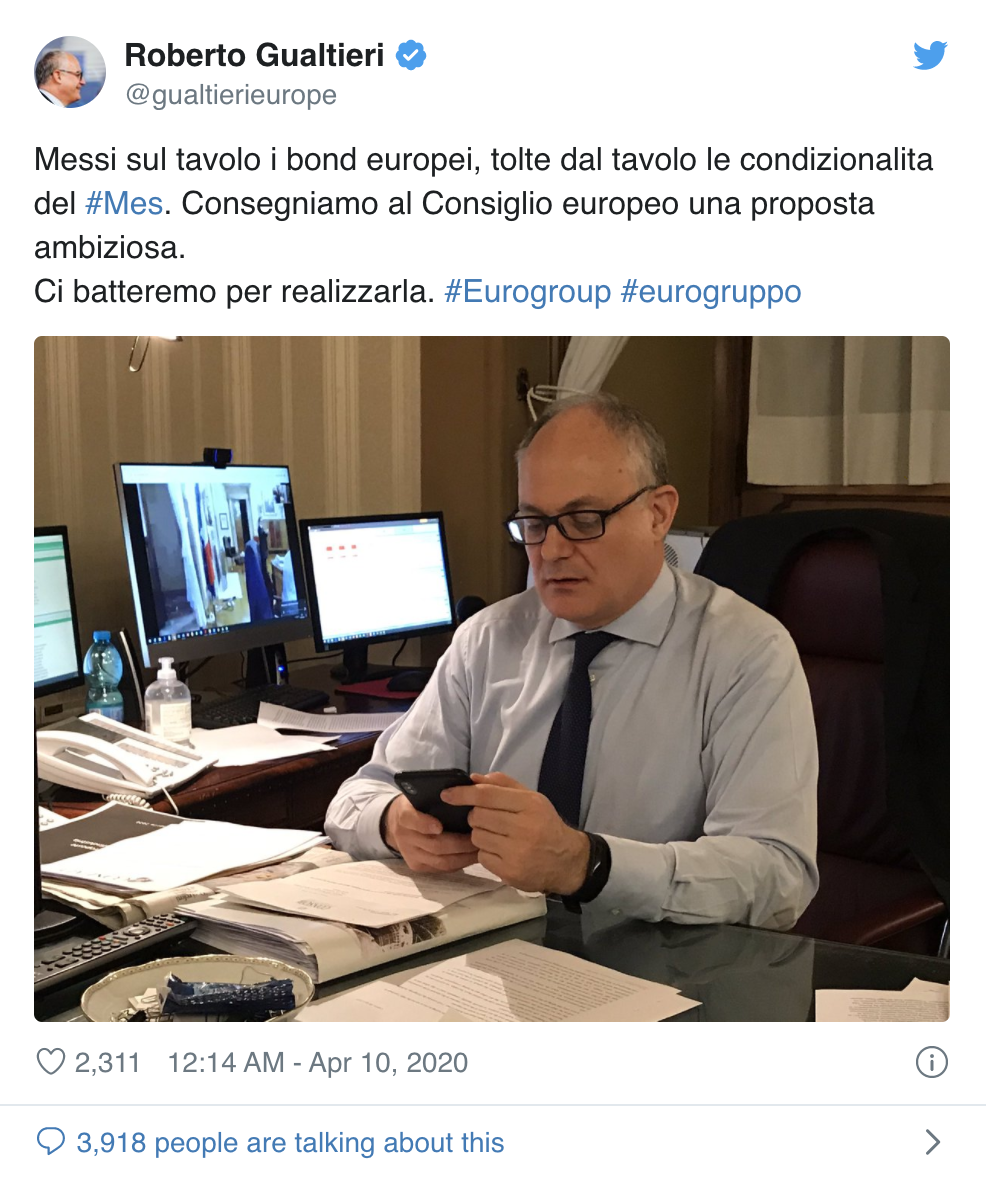 “After long and intense conversations the last couple of days, the Eurogroup came to a good conclusion today. We made sensible agreements together for Europe and the Netherlands to face the coronacrisis”, the Dutch Finance minister Wopke Hoekstra said.

Hoekstra added that the “comprehensive package” will help EU member states to “finance the medical costs” and “build national economies on the long-term”. 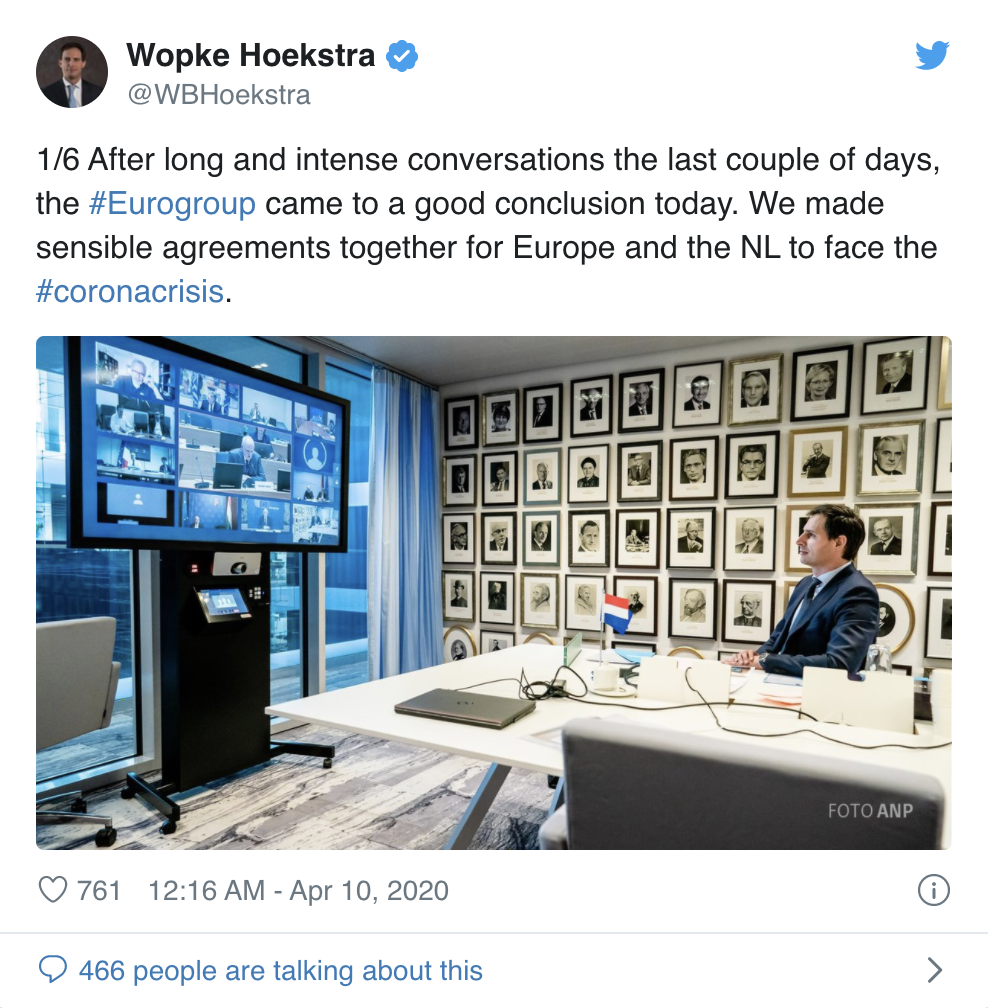 However, not all parties agreed on “corona bonds” or “Euro bonds”, joint debt issued to EU member states.

“We are and will remain opposed to Eurobonds. We think this concept will not help Europa or the Netherlands on the long-term,” Hoekstra said.

The Netherlands were blocking the talks since Tuesday, the AFP reported.

“The meeting ended with ministers’ applause,” the spokesperson for the Eurogroup said.