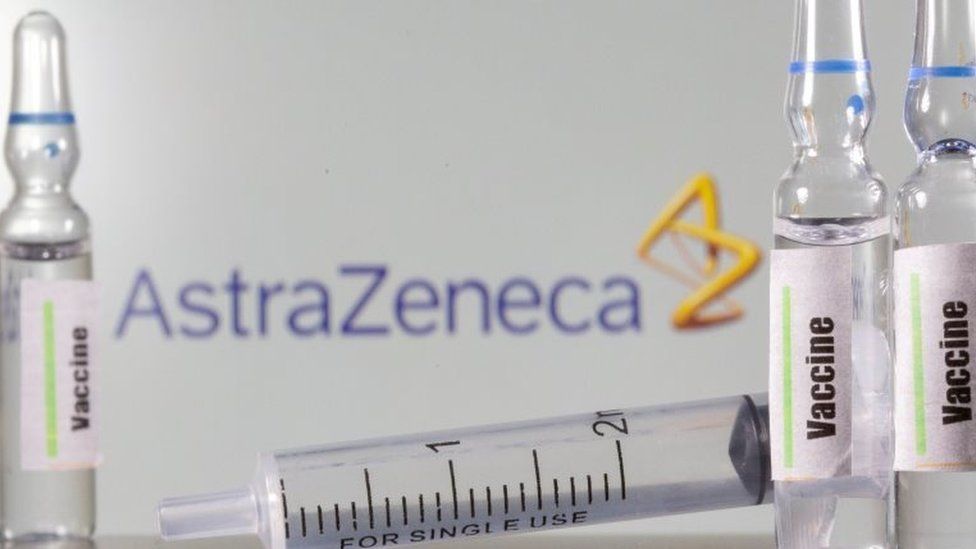 The EU has warned it will tighten exports of Covid vaccines produced in the bloc, amid a row with AstraZeneca over a cut in planned supplies.

Last week, AstraZeneca told the EU it was falling behind on its supply target because of production problems.

Pfizer-BioNTech has also said supplies of its vaccine will be lower, slowing down the EU’s vaccination drive.

The AstraZeneca row could affect supplies to the UK of the Pfizer-BioNTech vaccine, which has been developed by the US and Germany. Pfizer’s Belgian plant supplies the UK.

Responding to the EU’s comments, the UK’s Minister for Covid Vaccine Deployment Nadhim Zahawi said on Tuesday that supplies were “tight” but added: “I’m confident that [AstraZeneca and Pfizer-BioNTech] will both deliver for us the quantities that we need to meet our mid-February target and of course beyond.”

Companies making Covid vaccines in the EU would have to “provide early notification whenever they want to export vaccines to third countries”, she said. The UK has now left the EU.

Mr Zahawi warned against what he called “the dead end of vaccine nationalism”, adding: “No-one is safe until the whole world is safe.”

The EU has already faced criticism for the slow rollout of vaccines, which it buys on behalf of all member states.

What is the row about?
Ms Kyriakides tweeted that Monday’s talks with AstraZeneca “resulted in dissatisfaction with the lack of clarity and insufficient explanations”.

“EU member states are united: vaccine developers have societal and contractual responsibilities they need to uphold”.

Ms Kyriakides said the EU had requested “a detailed planning of vaccine deliveries”, and the next meeting with the company would be held on Wednesday.

Discussions with @AstraZeneca today resulted in dissatisfaction with the lack of clarity and insufficient explanations. EU Member States are united: vaccine developers have societal and contractual responsibilities they need to uphold.

AstraZeneca, a UK-Swedish multinational headquartered in England, said it was “doing everything it can to bring its vaccine to millions of Europeans as soon as possible”.

Its vaccine for Europe is mainly produced in the UK, although other sites on the continent are involved in manufacturing the jab. AstraZeneca also has a large production operation in India.

Other nations, including Australia and Thailand, have said they have also been told of a drop in AstraZeneca supply.

What are the delays affecting the EU?
The AstraZeneca vaccine, developed with Oxford University, is not even approved yet in the EU. But the bloc did sign a deal in August for 300 million doses, with an option for 100 million more.

The European Medicines Agency (EMA) is expected to green light it at the end of January. Deliveries were expected to start by 15 February, with some 80 million doses arriving in the 27 nations by March.

But last week, AstraZeneca said “reduced yields at a manufacturing site within our European supply chain” meant the number of initial doses for EU member states would be lower. A plant in Belgium run by a partner firm is thought to be the problem.

Officials have not confirmed publicly how big the shortfall will be, but Reuters reported that deliveries would be reduced to 31 million – a cut of 60% – in the first quarter of this year.

This would be a serious blow after Pfizer-BioNTech said last week it was delaying shipments for the next few weeks because of work to increase capacity at the Belgian plant.

The EU has ordered 600 million doses of the vaccine which is already being used on patients around the bloc.

The delays could cast serious doubt on European Commission chief Ursula von der Leyen’s pledge to inoculate 70% of adults in the EU by the end of August. 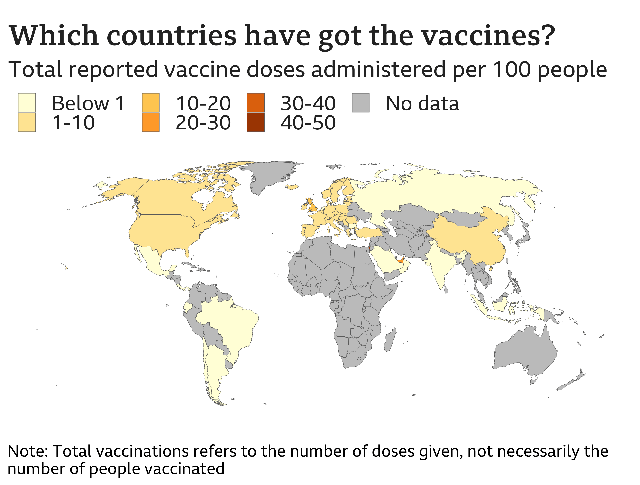