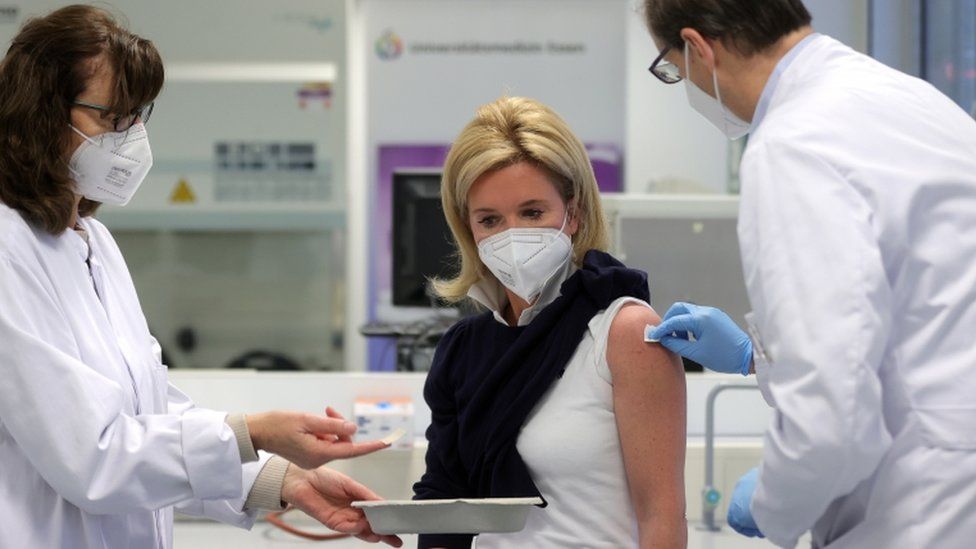 Germany is likely to face a shortage of coronavirus vaccines until at least April, the country’s health minister has warned.

“We will still have at least 10 tough weeks with a shortage,” Jens Spahn wrote on Twitter.

The pace of Germany’s rollout has been criticised, and it has failed to meet its own daily target of vaccinations.

Mr Spahn’s comments come amid a row between the EU and the vaccine maker AstraZeneca over supply shortages.

The UK-based company has said production issues at its Europe-based plants mean it will be unable to deliver the promised number of doses to the 27-member bloc.

But the EU said the firm must honour its commitments and deliver the jabs by diverting stock from the UK.

Meanwhile, the European Commission said authorities in Belgium had been investigating AstraZeneca’s production site near Brussels in order to corroborate its explanation over the supply shortages.

On Thursday, Mr Spahn called for a vaccination summit involving pharmaceutical companies, manufacturers and politicians to explore how the rollout could be accelerated.

“Then we will see… where we can support the industry,” he said. “We are going through at least 10 tough weeks. We should spend that by working together.”

Earlier this week, Mr Spahn backed the EU’s proposal to create a register of vaccine exports in order to monitor where doses are being sent.

He also said the falling number of cases in Germany was encouraging and suggested schools could reopen once the current lockdown ends on 14 February.

The country is preparing to bar travellers from the UK, Brazil and South Africa over concerns over new variants. “We are co-ordinating towards the aim of refusing inbound travel from mutation areas,” Interior Minister Horst Seehofer said.