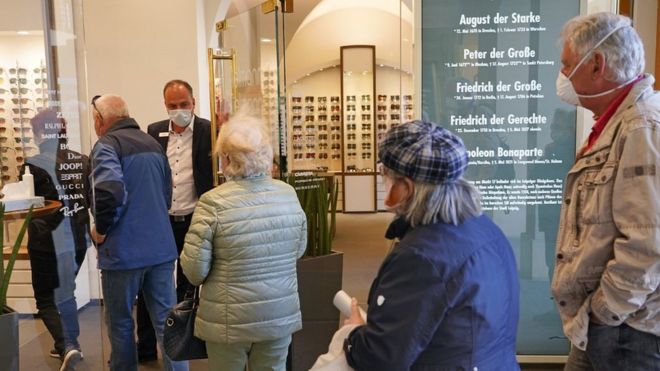 Germany has reopened small shops, car dealerships and bicycle stores, in a tentative easing of the coronavirus lockdown imposed nearly a month ago.

The country has flattened the curve of new infections and last week said it had got the spread under control. But social distancing remains in force.

In Saxony it is mandatory for people to wear face masks in public – and that is strongly recommended elsewhere.

The only students back in school are those sitting leaving exams.

Germany’s mortality rate from Covid-19 is significantly lower than for many of its European neighbours. Efficient, large-scale testing by diagnostic labs, and tracing of carriers, is seen as a major factor in that.

The country on Monday recorded 1,775 new cases for the past day, while the number of deaths linked to Covid-19 rose by 110 to 4,404, according to official figures. 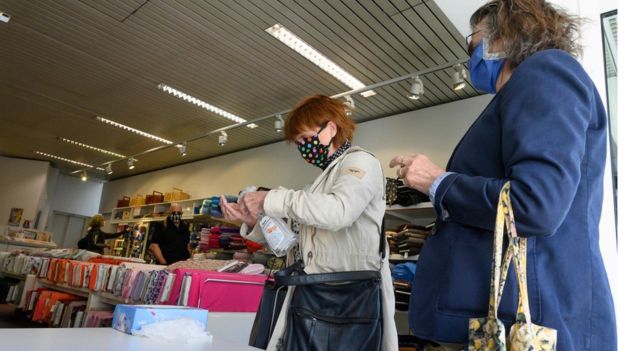 That is the second-highest in Europe after Italy. In both countries the daily death toll is declining.

More than 200,000 are infected with the virus in Spain, but 80,587 have recovered, according to the latest official figures.

What is happening in Germany?
There are significant regional differences in how Germany’s 16 states are implementing the partial relaxation of the lockdown.

For instance, the densely populated state of North Rhine-Westphalia has reopened large shops as well as small. Elsewhere only those with an area of less than 800sq m (8,611sq ft) are allowed to start operating again.

The government imposed the lockdown on 22 March, shutting schools and banning gatherings of more than two people outdoors. Germany’s hotels, restaurants and cafes are to remain shut, as are sports and leisure facilities. 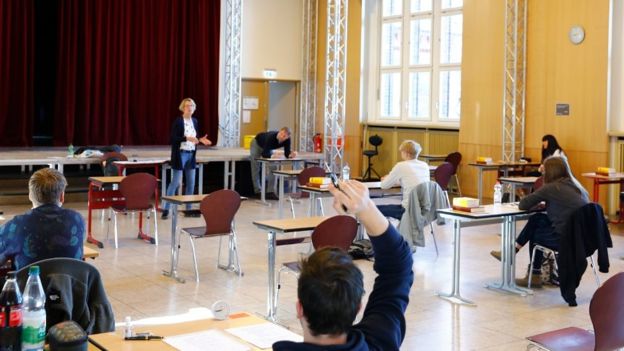 For most German businesses, the lockdown will remain in place until at least 3 May, the government says. Other school pupils will also begin to return to classes after that.

What is the situation elsewhere in Europe?
In Austria, garden centres, DIY stores and small shops reopened last week, but with strict rules on social distancing. Customers have to wear masks, as they do in the Czech Republic and Slovakia.

Denmark reopened kindergartens and primary schools last week. A range of small businesses, including hairdressers and beauty salons, are reopening on Monday.

Meanwhile, despite France’s strict curfew, there were brief clashes between angry local residents and police on Sunday night in two suburbs of Paris: Villeneuve-la-Garenne and Aulnay-sous-Bois. Some cars were set ablaze.

The trigger was reportedly a collision involving a police car and a motorcyclist.

In other developments on Monday:

Poland will reopen parks and forests
Norwegian nursery schools will reopen
The Czech Republic will allow open-air markets to trade, but President Milos Zeman said the borders should remain closed for the rest of 2020