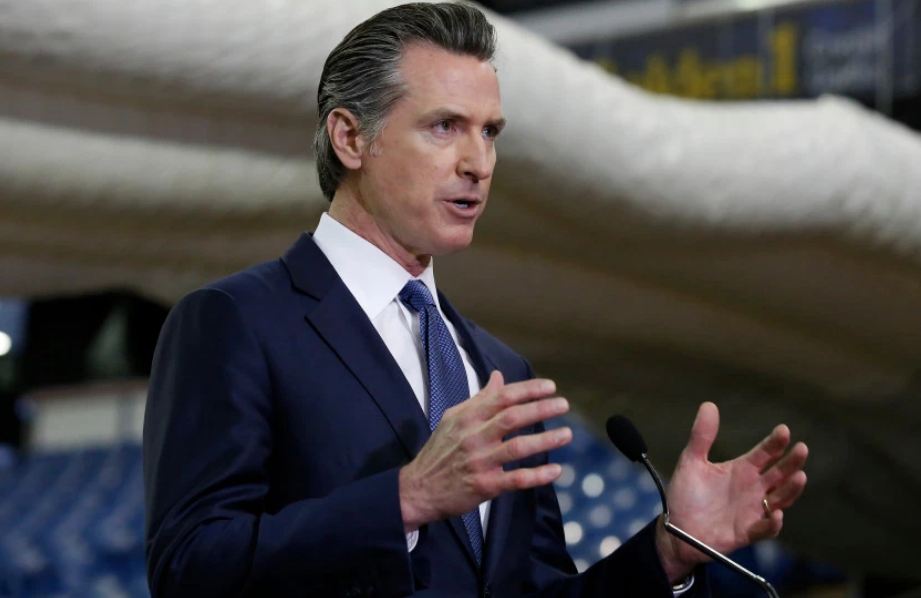 Gov. Gavin Newsom said Monday he is coordinating with governors in Oregon and Washington to end the statewide stay-home order he imposed nearly a month ago to slow the spread of the deadly coronavirus pandemic, a surprise shift as hospitals here see fewer patients than expected.

Newsom gave no timeline Monday for lifting California’s first-in-the-nation stay-home order issued March 19 but said that he would provide details Tuesday of the benchmarks that would lead to a reopening. The order has kept schools and all but essential businesses closed and most residents confined to their homes.

“We need to see a decline in the rate of spread of the virus before large-scale reopening,” Newsom, Oregon Gov. Kate Brown and Washington Gov. Jay Inslee said in a joint statement, “and we will be working in coordination to identify the best metrics to guide this.”

States on both coasts began talking about reopening plans as the picture in hospitals began to improve, particularly in the Bay Area, one of the first in the country to see cases and the first to impose social-distancing mandates.

“There’s a little room to breathe that hasn’t been there before,” said Dr. Andra Blomkalns, who chairs the Department of Emergency Medicine at Stanford University. “We’re incredibly fortunate things seem to be flattening out.”

Across the country, governors of Pennsylvania, Connecticut, Delaware, New Jersey, New York and Rhode Island also decided Monday to form a committee of public health and economic development officials to develop guidelines on when and how to ease the restrictions they put in place in their states.

The two separate regional announcements came hours after President Trump indicated that he, not the governors, would have the ultimate say on how and when to reopen the coronavirus-stricken country, concerned about the lockdowns’ damage to the national economy.

Taking to Twitter on Monday, Trump said, “It is the decision of the President, and for many good reasons.” He added, “With that being said, the Administration and I are working closely with the Governors.”

While some governors sniped back at Trump’s tweet, Newsom struck a diplomatic tone, saying that he had been working closely with the federal government for weeks. “I have all the confidence in the world that we’ll maintain that collaborative spirit in terms of the decision making that we make here within the state of California,” Newsom said.